SsangYong Tivoli is a smile-maker

SsangYong expected big things when they introduced the Tivoli, says Roy Woodcock. Although it’s been slower to catch on than they would have liked, it’s still a car with plenty to offer

Someone at SsangYong had a flash of inspiration when they came up with the name Tivoli for the company’s compact SUV, allowing them to run the Tivoli/I LOV IT campaign.

I doff my cap to them for that, particularly as the name slips off the tongue in a way the tongue-twisting SsangYong doesn’t. But it also sums up the car perfectly because, yes, I do actually lov it, lov it, lov it

At first glance it does look like it’s been designed by a four-year-old, with wheels at four corners and a boxy, functional appearance, sitting with quite a high stance, but stand and ponder it a little more and a smile may well break out on your face, for that “different” look really does give it a hefty dose of individuality.

Choose the right colour, like the bright red metallic bodywork and the contrasting black roof that my test car came with, and suddenly you might even want to cuddle it.

Granted, the metallic will cost you an extra £500 and the roof £400, but with the latter, you also get eye-catching 18in black alloys, black spoiler and black door mirrors that really make a statement.

And the thing to stress is, wherever in the trim range you buy into, you probably won’t need to spend much more than the asking price.

All are well specced (and I’ll run through them shortly) but my (inevitably) top-of-the-range ELX press car (well, they do want to show it off) came with shed-loads of goodies and all for what I reckon is the bargain price of £18,445.

As a value-led brand, it’s no surprise the Tivoli is delivered with a high-level of kit across the range. Entry level is the Tivoli SE from only £13,495 on the road (and it’s hard to get a better priced car than that), which comes with cruise control, RDS radio with iPod and Bluetooth connectivity, a flat-steering wheel and seven airbags.

For £2,000 more you could upgrade to the mid-spec EX model – as 40 per cent of UK customers are expected to do and get a lot of what was in my higher-priced test car – dual-zone climate control, heated leather seats, leather steering wheel and gearknob, luggage cover, front fog-lights, 18in alloy wheels and a 7in colour touchscreen with reversing camera.

Safety features are good and increase throughout the range. Things like front collision warning and autonomous emergency braking are available on EX models but, by the time you get to ELX there’s also lane departure warning, lane keeping assist, traffic sign recognition and high beam assist.

There’s a choice of 1.6 petrol and diesel engines; the latter in SE form being the cheapest diesel SUV to run, according to analysis by automotive data experts Cap HPI.

The study looked at the total cost of ownership to reveal cars with the lowest motoring costs over the first three years. It took into account all servicing, fuel and other motoring costs, and the Tivoli SE came top as the best performing diesel SUV, with a cost of £11,583.50 (£321.76 per month).

There’s also the choice of all-wheel drive on diesel-powered EX and ELX models; my test car was front-wheel drive but performed exceptionally well.

The six-speed manual gearbox was slick to use and judicious gear changes allowed you to make quick progress – far quicker (seemingly) than the on-paper figure of 11.9 seconds to do the sprint to 62mph.

Settings allow you to choose between normal, comfort and sport on the “smart steering” system but, in all honesty, the effect is such you’ll leave it in normal for the majority of the time. Although it’s the smallest car in the SsangYong range, the Tivoli proves versatile, with plenty of room to stretch out in the rear seats.

There’s multiple storage pockets and areas, including generous door pockets, a large glovebox (said to be large enough for a laptop) with open bin above and a lidded-cubby in the transmission tunnel – large enough for an iPad. There’s also a sunglasses holder above the rear view mirror.

Open the tailgate and you’ll spot a 423-litre boot, which is considerably larger than the Nissan Juke’s (207 litres) or the closer still Renault Captur’s 377-litre example.

Yes, I did love the Tivoli and, for the price, I would expect many others to feel the same way. It also comes with a five-year warranty. 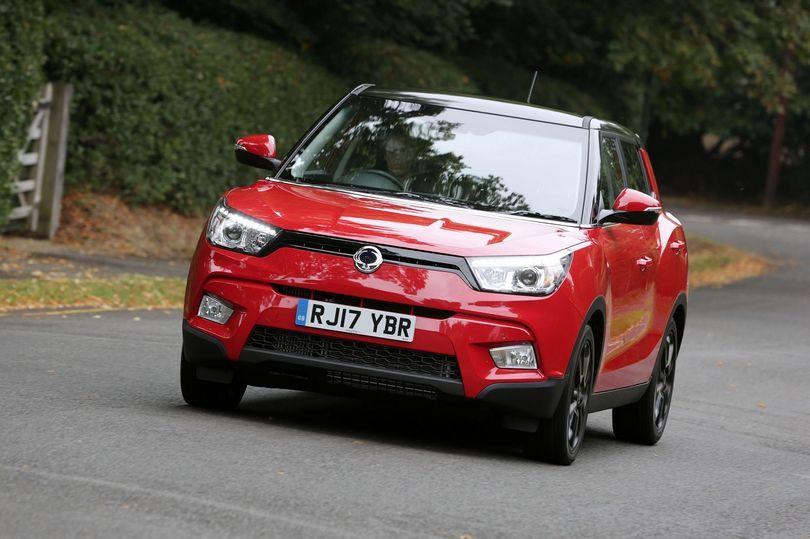 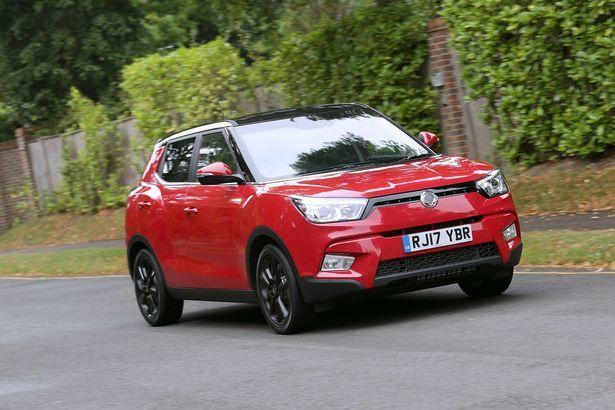 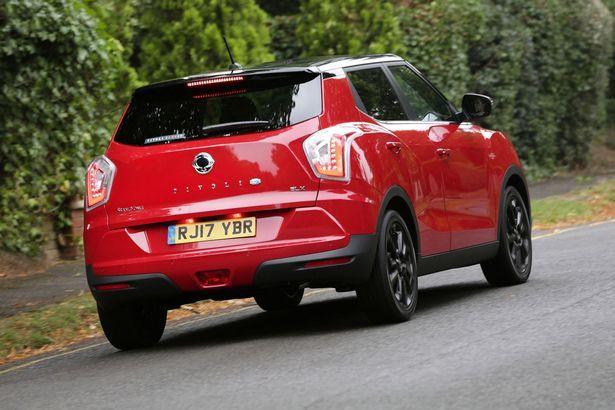 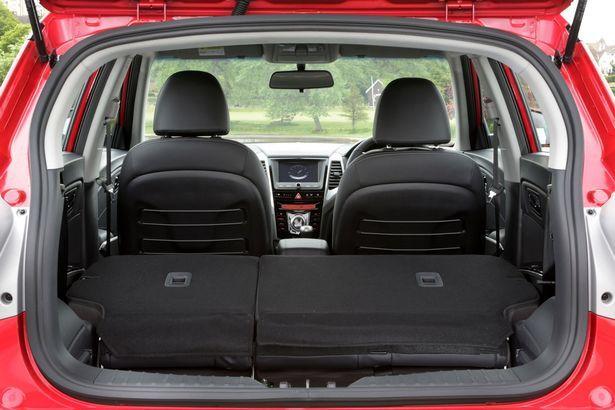 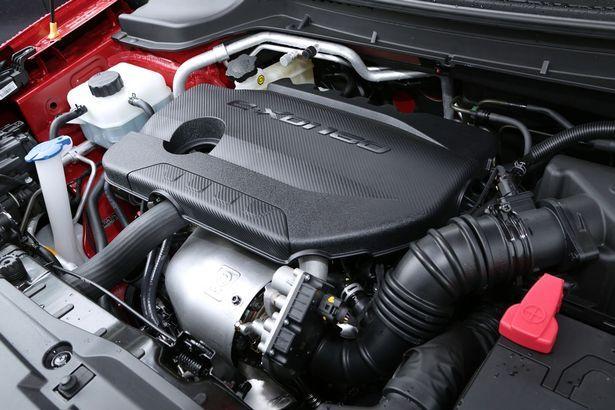 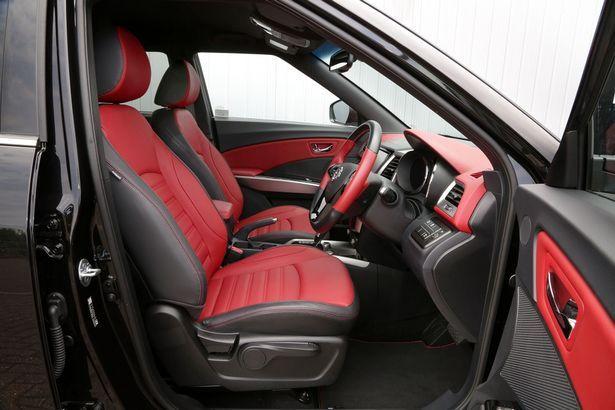 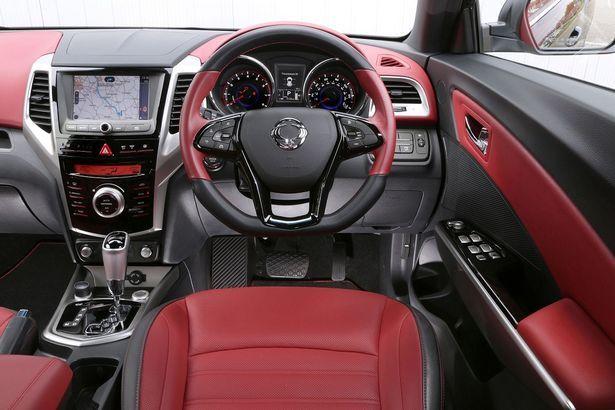 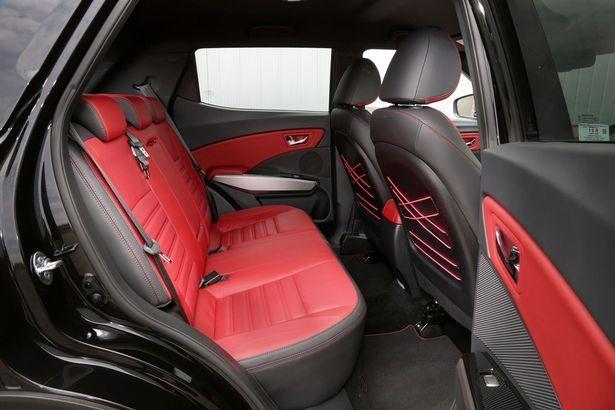