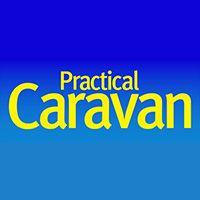 SsangYong's new pick-up is based on the Rexton SUV. It's bigger than before, closer in size and load-carrying ability to rivals such as Mitsubishi's L200 and Nissan's Navara. There's enough space in the load bed to hand a Euro pallet. As you'd expect of SsangYong, the Musso is well priced, and has a seven-year warranty.

What are we looking for?

Pick-ups can be a little bit wayward when they have a caravan in tow, though, so is the Musso a stable towing vehicle?

Towing Ability
Pick-pus are big and heavy (good news for towing) but tend to be rather crude (not so good). Heavy-duty suspension designed to handle payloads over a tonne leaves little room for finesse.

However, the latest pick-ups (think Mitsubishi L200, Nissan Navara and VW Amarok) are easier to live with, having much improved ride and handling.

The SsangYong Musso can take its place alongside the,, certainly as a tow car. It is bigger than its predecessor, with a kerbweight of 2165kg for the automatic model (manual vehicles are just 10kg lighter). That gives an 85% match figure of 1840kg. The legal towing limit is 3500kg, and the noseweight maximum is 120kg. (These are 3200kg and 112kg in a manual.)

Power is from SsangYong's 2.2-litre diesel engine and, with maximum pulling power of 295lb ft of torque, the Musso pulls with determination. We matched it to a Swift Conqueror 560 with a MiRO of 1501kg.

The Musso also had bags of sand acting as ballast in the load bay, weighing almost 250kg. Even with such a load, it towed comfortably up to speed, but a heavy right foot was needed on steep hills - it would help if the six-speed automatic gearbox was more willing to change down.

Once up to speed, it proved reasonably stable. There was the odd wobble overtaking high-sided vehicles, but the Musso typically pulled the caravan straight again with little help from the driver. The steering is responsive by pick-up standards.

Hill starts were fine; certainly in the dry conditions we had.

The Musso has a switchable 4x4 system, so can be driven as a two-wheel-drive vehicle to improve fuel economy. In two-wheel drive, we pulled away on a 1-in-10 slope with no wheelspin.

On site, we found the Musso easy to manoeuvre, helped by the smooth-creeping automatic 'box, and the vehicle's width, which gives a clear side view.

Out test car came with a fixed towball and 13-pin electrics, costing £431.17 plus VAT. With easy access to the electrical socket, hitching up was simple.

Solo Driving
In everyday driving, the Musso is a bit of a compromise. To beef up the suspension to handle payloads of a tonne or more, the springs are very stiff. It makes for an unyielding ride.

It's a shame it isn't more forgiving on rough surfaces, because otherwise it handles well for a pick-up. The steering isn't especially quick, but it's not afflicted with the vagueness that plagues some pick-ups, and as long as you're not too ambitious, it corners neatly.

Off-road, the SsangYong is very capable, with the approach and departure angles to handle steep slopes.  Switch from two- to four-wheel drive, especially 4x4 low-ratio, and there aren't many places the Musso can't take you.

At speed, it is quite civilised for a commercial vehicle. Engine and wind noise aren't excessive, although rough surfaces do generate some road noise.

Space and practicality
At over 5m from stem to stern, the Musso is big. SsangYong has put that length to good use, with an impressively roomy cabin.

For a commercial vehicle - especially a budget brand - the interior is well screwed together. There's no great flair on show, but nothing to offend, either. All the controls are well positioned and easy to use, and although the plastics aren't soft to the touch, they don't appear cheap.

The driver and front seat passenger sit high up with a clear view, and we found the driving position comfortable for a long day behind the wheel.

The rear of double cab pick-ups can seem like an afterthought, but the SsangYong is roomy and airy. There's enough head- and legroom for adults, and vents between the front seats, so no one should be too hot or cold. The width of the vehicle helps accommodate three rear passengers with ease.

Equipment levels are high, so long as you avoid the entry-level EX and upgrade to the Rebel we've been testing.

Fuel bills will be steep (we only just bettered 20mpg while towing) but there is the reassurance of a seven-year 150,000-mile warranty.

Verdict
A tough workhorse and solid tow car, but the ride is firm 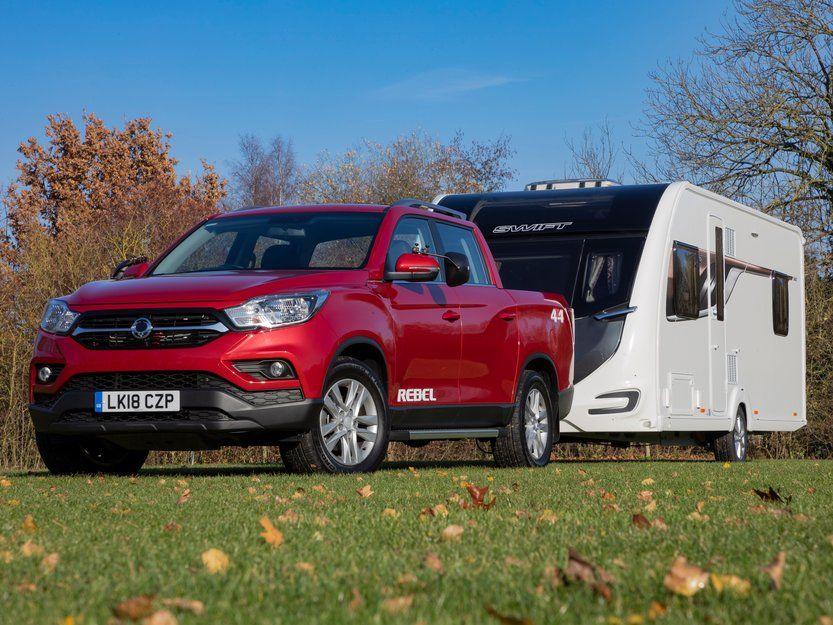 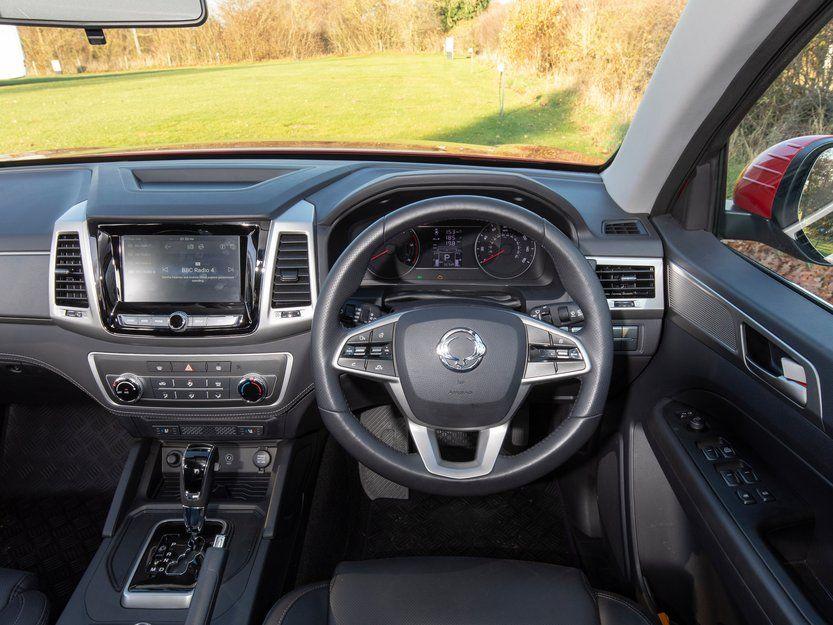 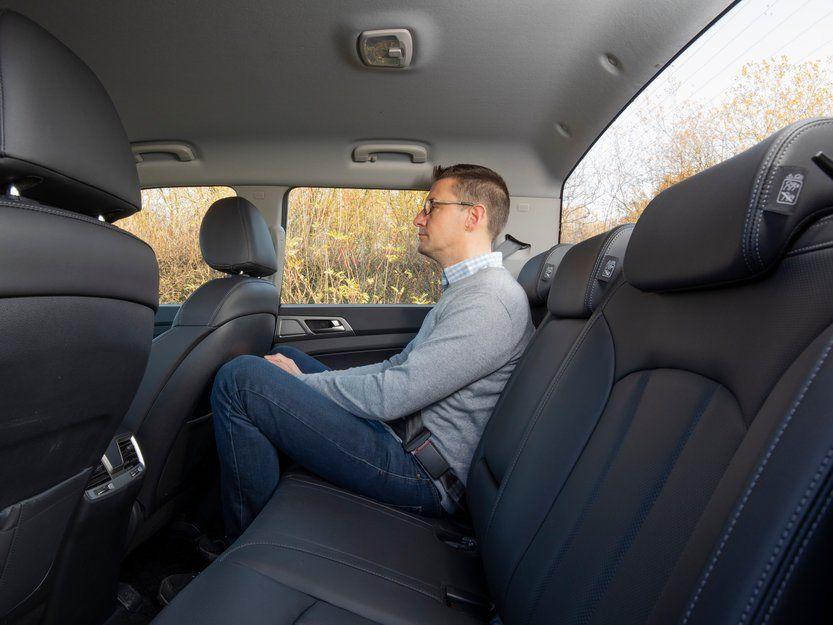 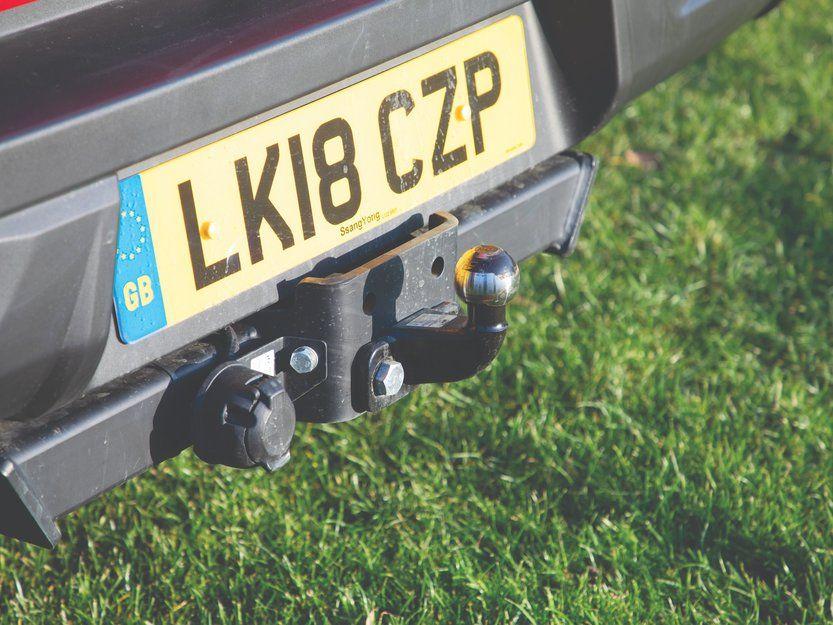 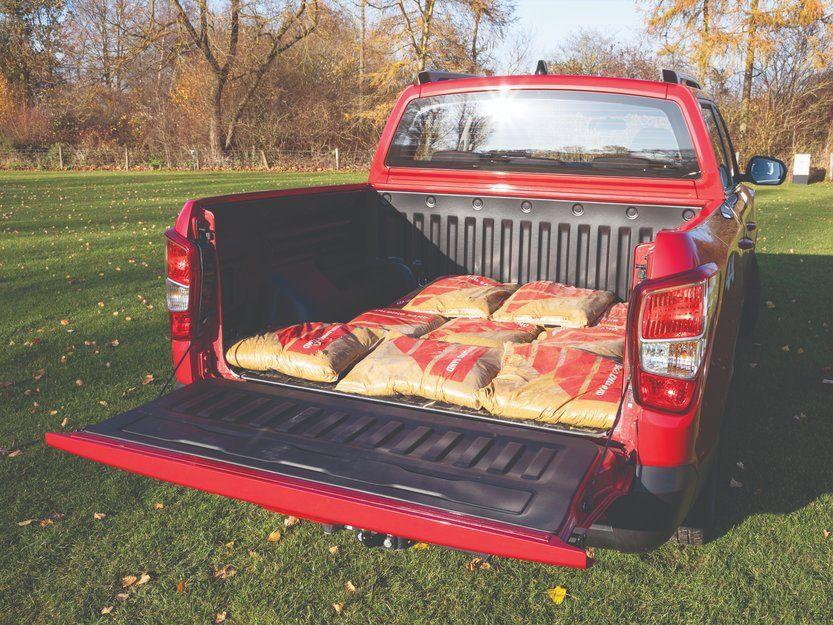