Can the SsangYong muscle in on the congested small SUV segment with its new Korando?

The SsangYong Korando comes with a few too many compromises to be a class leader – the diesel engine is sluggish, refinement could be improved and the handling is ponderous. Yet look beyond these faults and there’s much to like; there’s loads of space in the back, great tech, and there’s the peace of mind of a huge seven-year warranty. However, we suspect that the upcoming petrol option, largely thanks to its lower price, will make more sense to prospective buyers.

The SsangYong Korando has undergone quite a transformation over its 36-year history. Starting life back in 1983 as a remanufactured Jeep CJ-7, the second-generation model took its place with a curvy, quirky off-roader 13 years later.

The Mk3, launched in 2011, took a much more modern SUV approach, and it’s a formula the Korean brand has kept for the new-for-2019 model. While the formula is the same, this model is all-new: there’s a new platform under the skin, accommodating new mechanicals and tech.

But the Korando has quite a daunting task on its hands. This is a category packed with choice: the Nissan Qashqai remains the big seller, while our favourites, the Skoda Karoq, Peugeot 3008 and Toyota RAV4 are all impressive all-rounders. There’s also the prospect of competing against its compatriots, the Kia Sportageand Hyundai Tucson, too. So why should you pick the Korando?

From the outside, it gets off to a promising start. The third-generation model was penned by Giugiaro, but the knock-off Vauxhall Mokka styling won’t go down as an Italian design classic. The 2019 car was designed in-house and it looks both sleeker and sharper than before – impressive considering it’s the same height as its predecessor and just 40mm longer.

Like the exterior, the cabin takes a huge leap over the old one. The smart layout is more appealing than the Qashqai’s, and while there’s quite a lot of hard plastic dotted around, all of the switchgear feels pleasingly solid.

The in-car tech is leagues ahead of the Nissan, too. Top-spec models get a 10.25-inch digital instrument cluster, replacing the conventional analogue dials. Similar in principle to Audi’s Virtual Cockpit, it offers a range of customisable displays, which can present driving, infotainment and navigation readouts in a variety of ways. It’s all easily controlled via buttons on the steering wheel, and the graphics are sharp and clear.

The infotainment system varies based on trim level, as well. Currently, buyers are offered a choice of eight or nine-inch displays. Both feature clearly laid-out menus and are responsive to touch inputs; and though the smaller of the two lacks built-in navigation, it does come with Apple CarPlay and Android Auto.

Rear seat passengers are treated to a vast amount of rear legroom, and headroom is above average for the class. Our test car was equipped with a full-size spare wheel in the boot, which will be useful to some, but it reduces boot volume to 407 litres. Without it, total space grows to 551 litres – a competitive figure in this segment.

The Korando launches with just the one engine option: a 134bhp 1.6-litre diesel unit. This December will see the introduction of a 1.5-litre petrol turbo model with 161bhp, but the combustion options are just a precursor to what arguably could become the most important variant in the range. A Korando EV will launch towards the end of 2020, delivering emissions-free driving in a class where fully electric cars are currently very thin on the ground. Full specs are still to be confirmed, but SsangYong tells us that it’ll boast a circa-250-mile range.

First impressions for the diesel unit are mixed. Turn the key (unless you go for the top spec Ultimate, which gets a push button start) and you’re greeted with a slightly unpleasant clatter. It doesn’t settle down much more on the move either, with harder acceleration greeted by more noise.

A 12-second 0-62mph time is a touch slower than rivals, but the power delivery itself is fairly smooth. The slow but smooth ethos is followed by the six-speed automatic gearbox, too.

The Korando doesn’t trouble the class leaders for fun, either – the steering is too vague and the chassis too lumbering for that – but it’s reasonably comfortable on the move. There are caveats, though: the 19-inch wheels of top-spec models result in a fidgety low speed ride, and all models suffer from more tyre noise than the class best.

The main thing SsangYong hopes will tempt buyers is its price. On the whole, the brand claims that the Korando is around 10 per cent cheaper than the equivalent Sportage or Tucson, but some models in the range appear better value than others. The entry-level petrol, manual, front-wheel drive model will start from £19,995. Four-wheel drive adds £2,000 to that figure, while the auto box is a further £1,500.

At launch, there are two trim levels to choose from. The Pioneer, driven here, comes with a choice of two and four-wheel drive, and it’s well equipped with 17-inch alloys, all-weather tyres, heated front seats, parking sensors all round and the eight-inch infotainment screen.

We also tried the Ultimate model. This adds 19-inch wheels, LED headlights, leather upholstery, dual-zone climate control, and that digital instrument display. However, the diesel model comes in at an eye-watering £31,995. If you’d really want all of the best kit, we’d wait for the petrol version, which in Ultimate trim is set to cost from £26,495.

Of course, all Korandos come with a seven-year, 150,000 mile warranty – a huge draw for anyone wanting to keep their car for a long time. 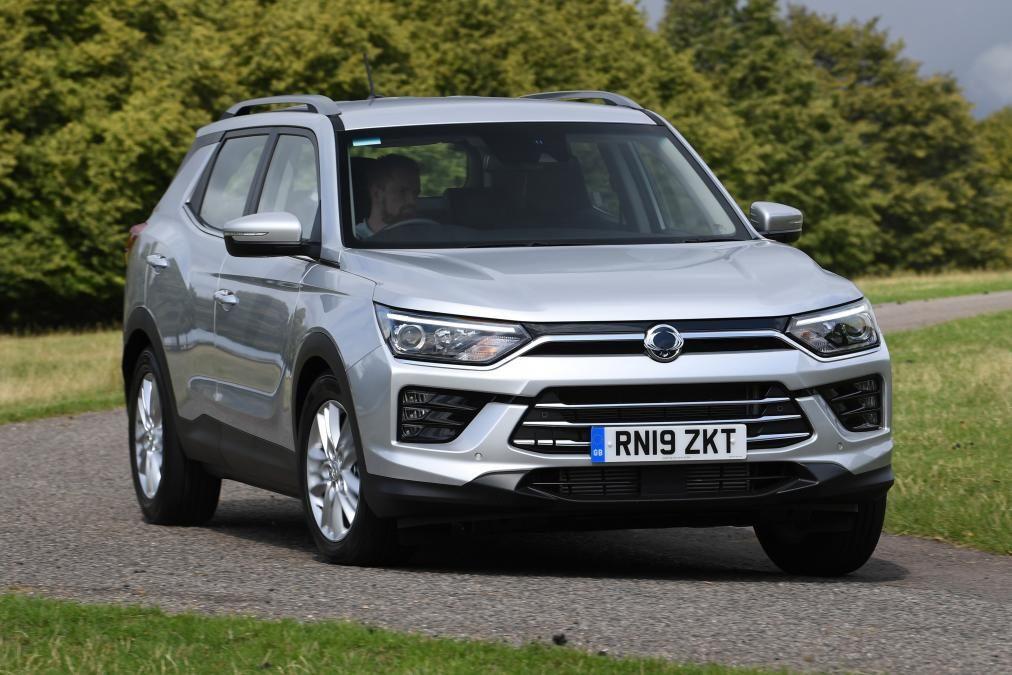 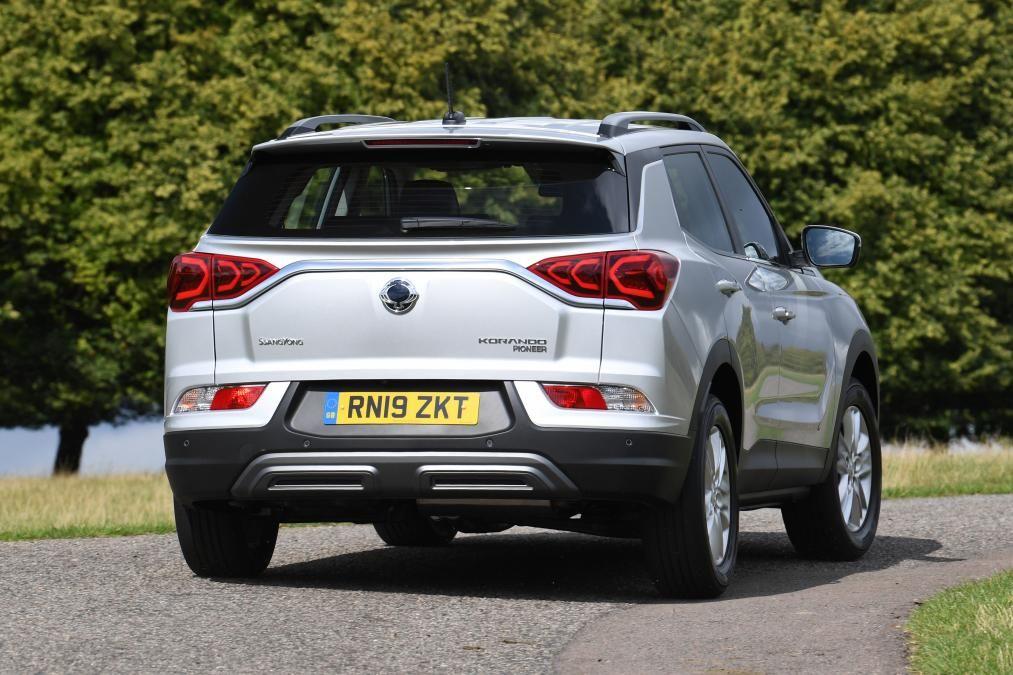 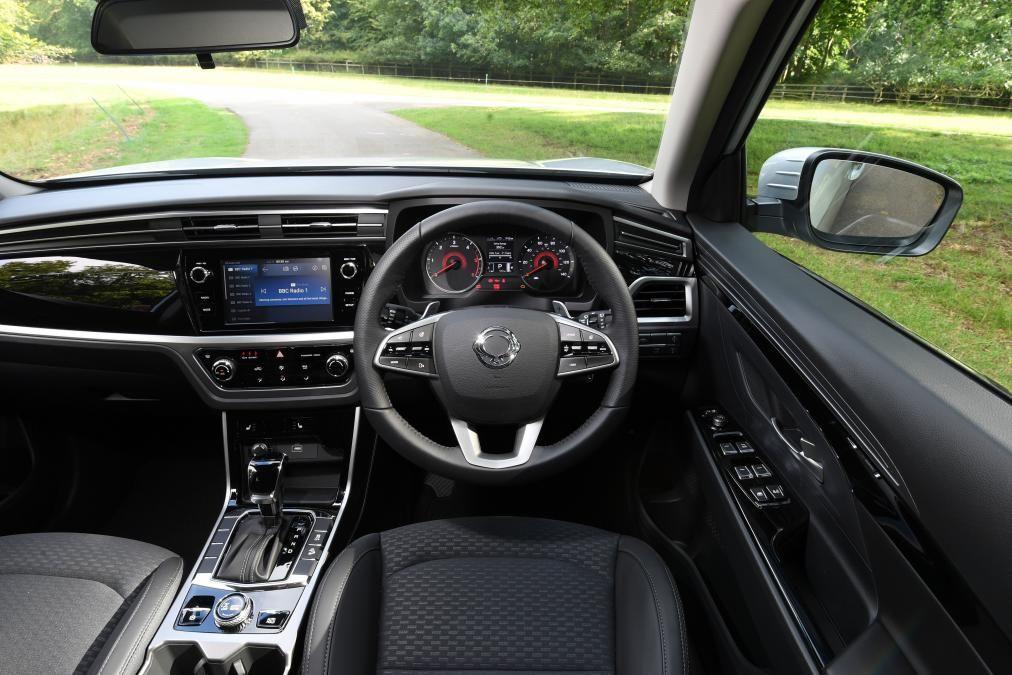 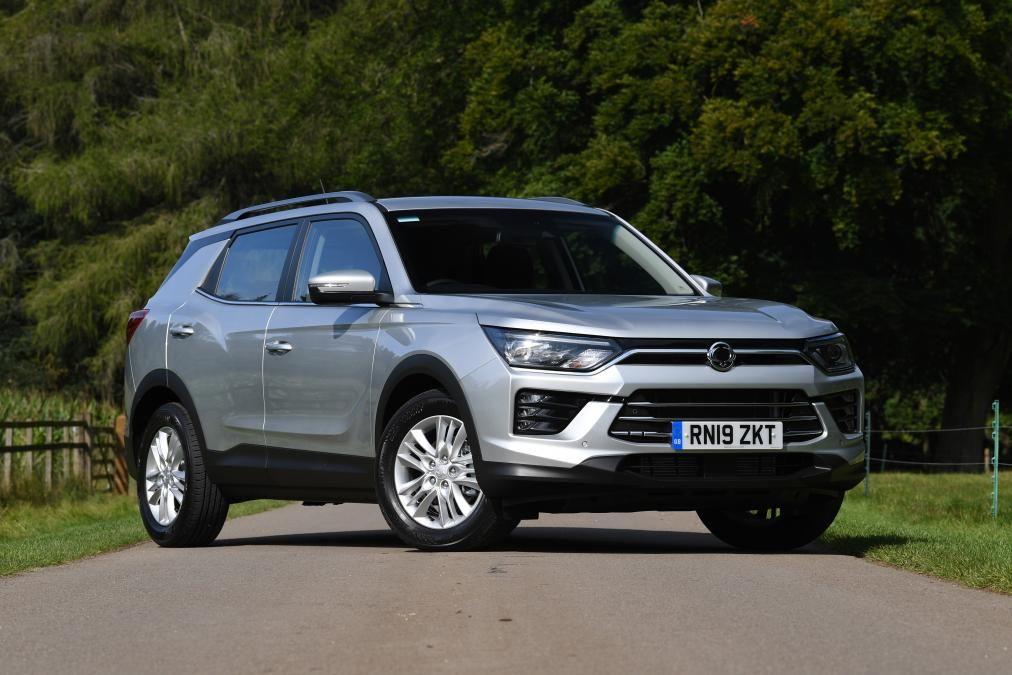 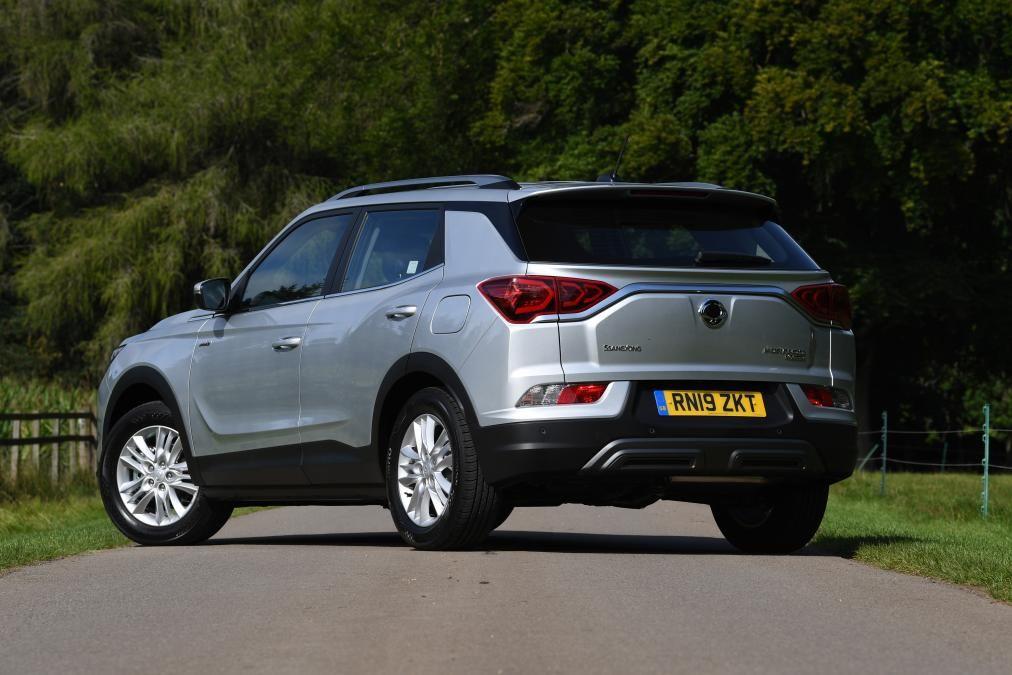 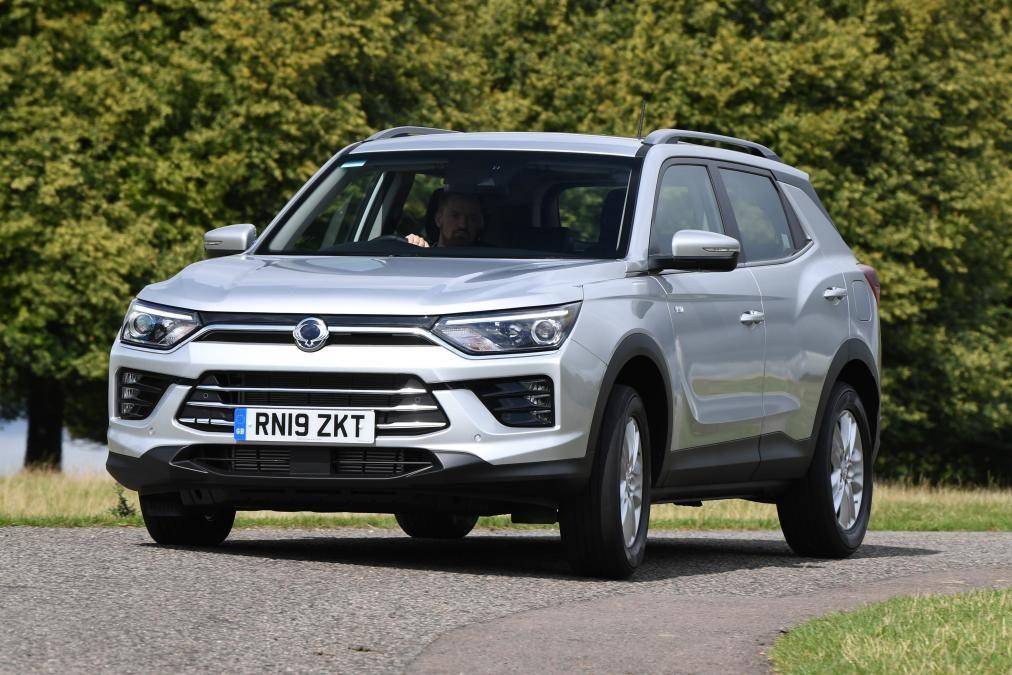 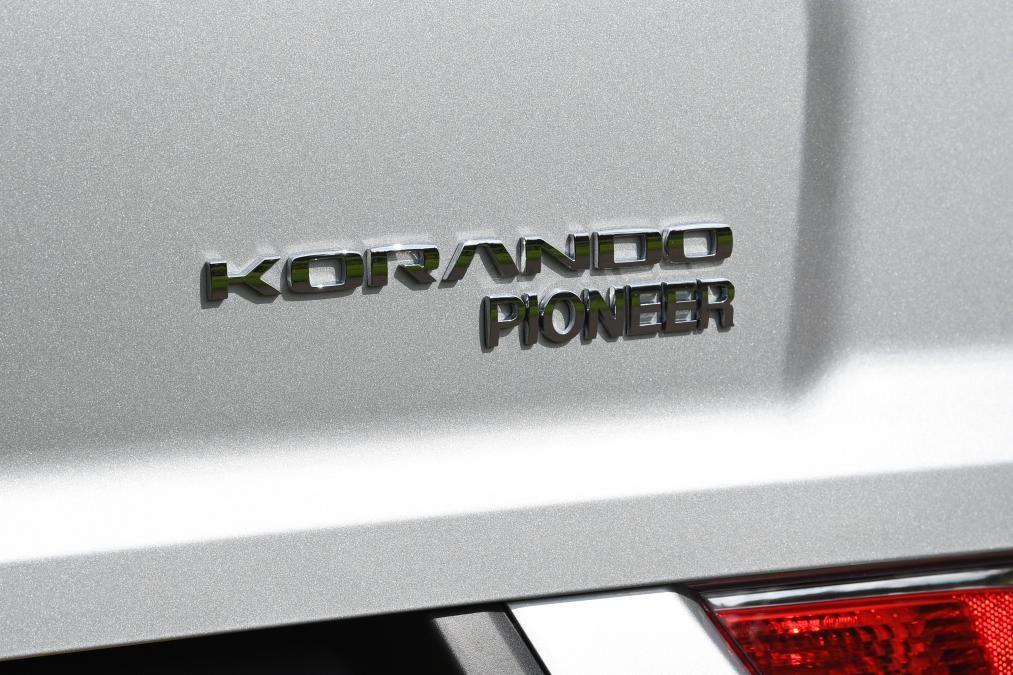 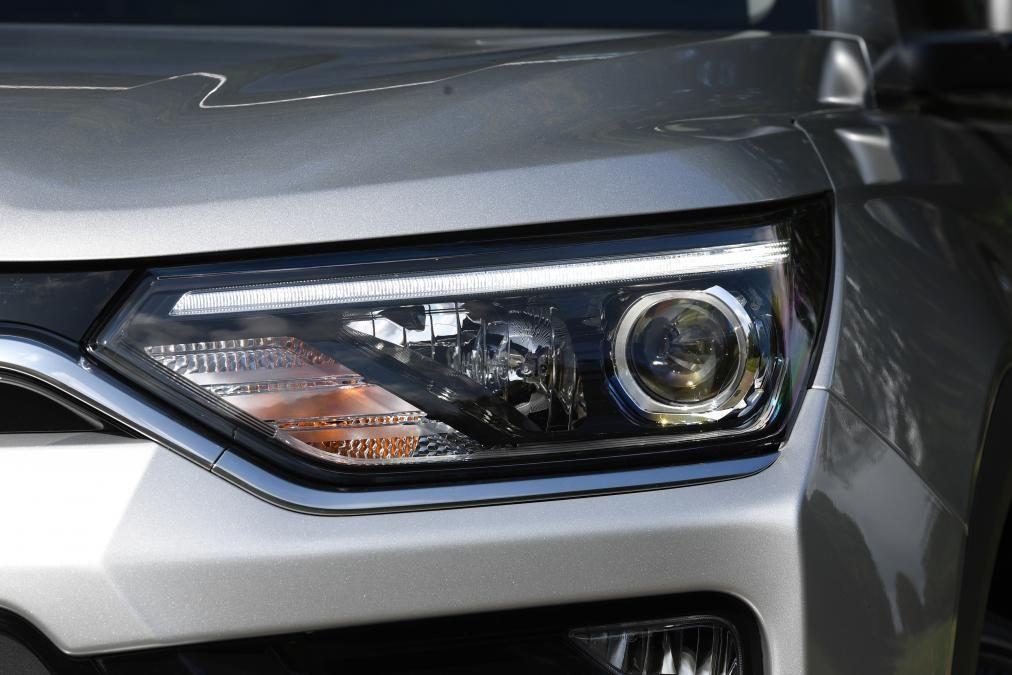 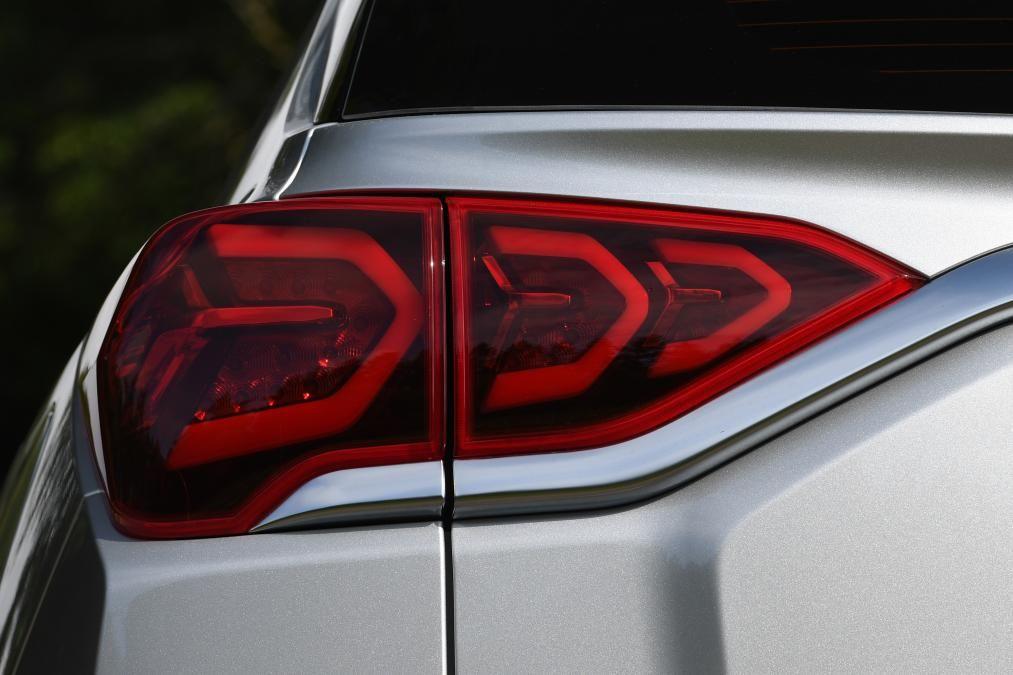 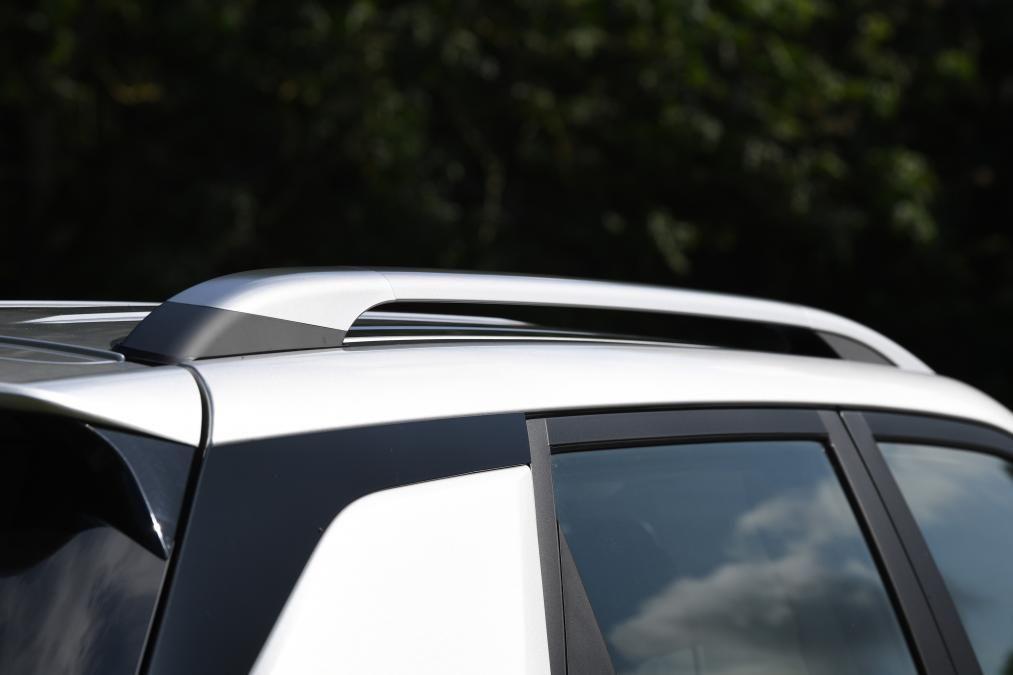 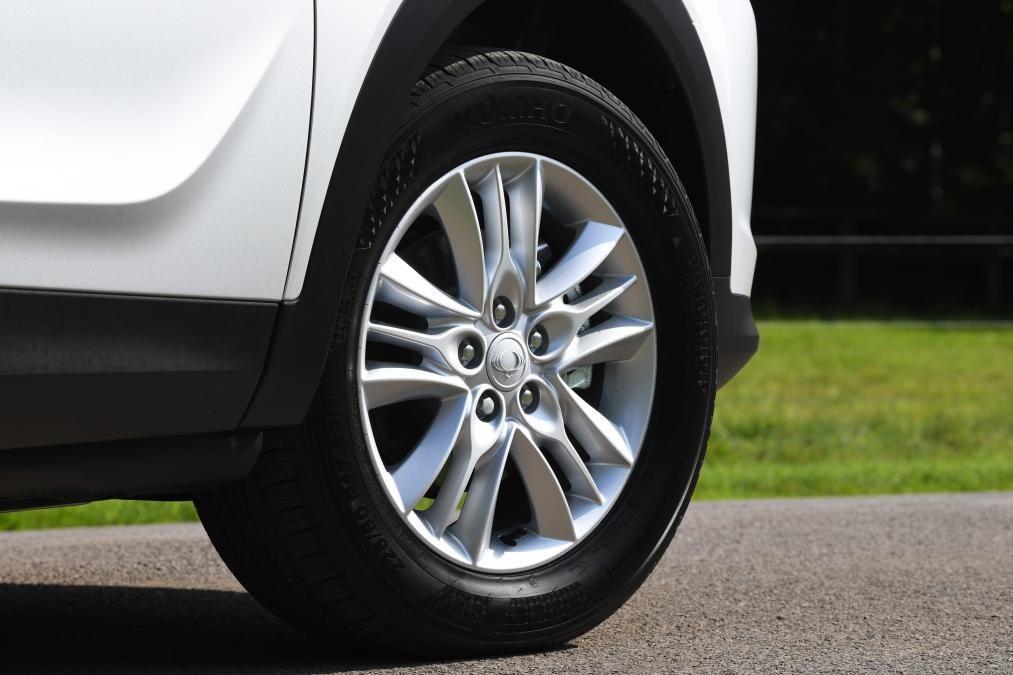 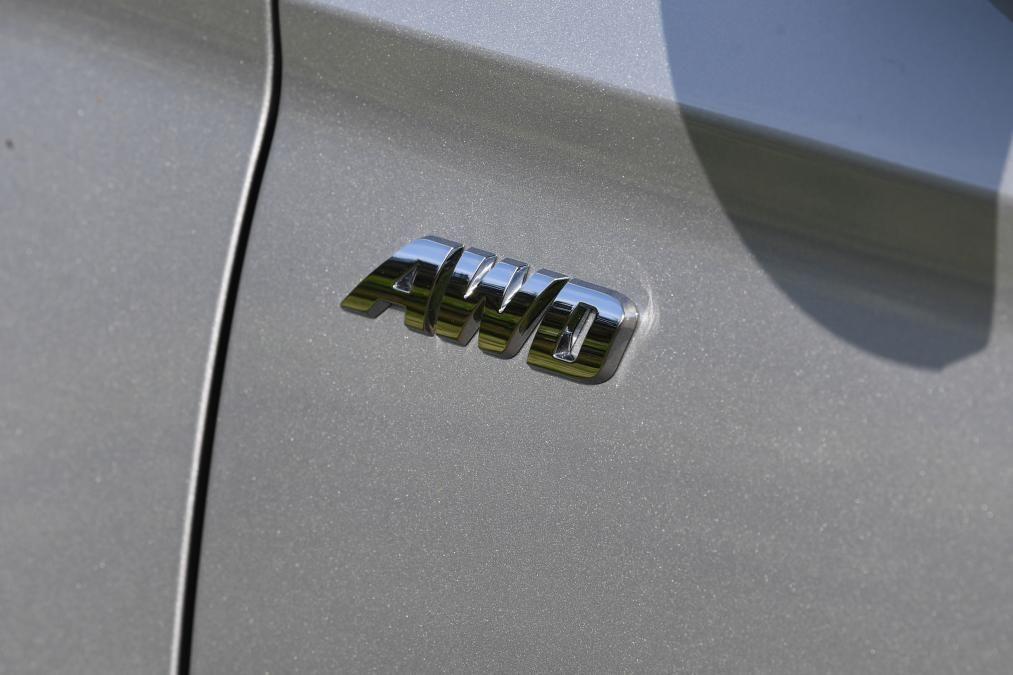 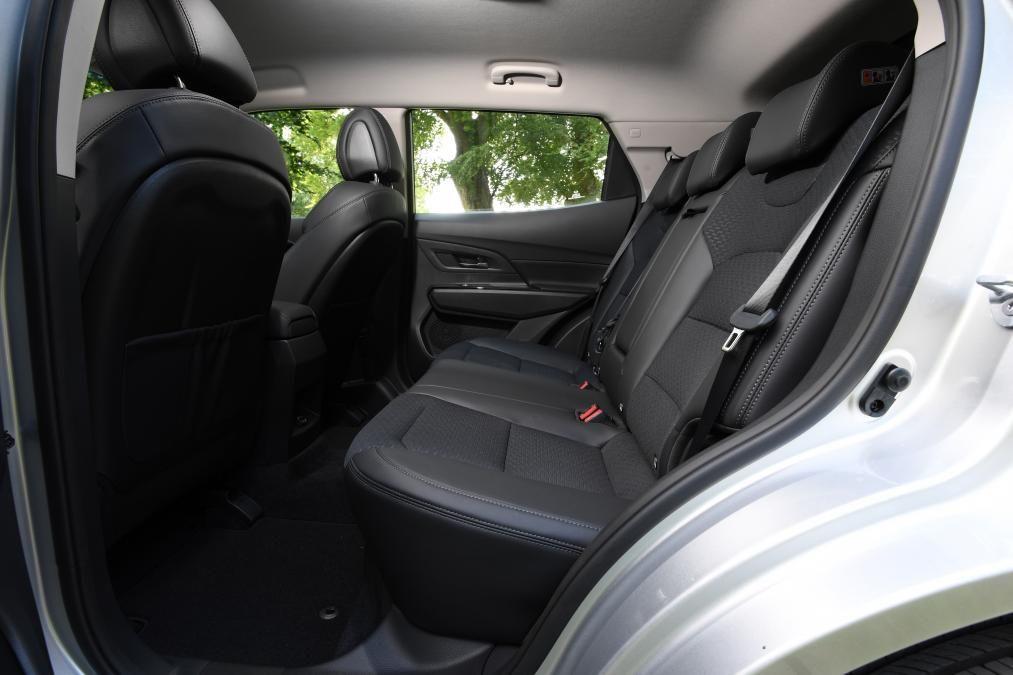 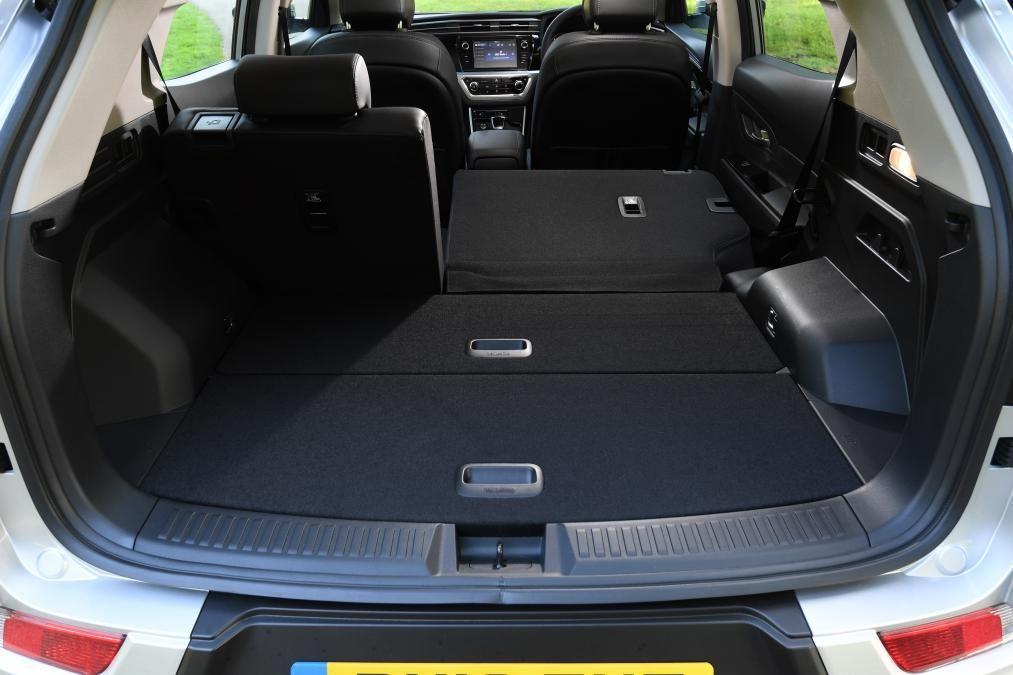 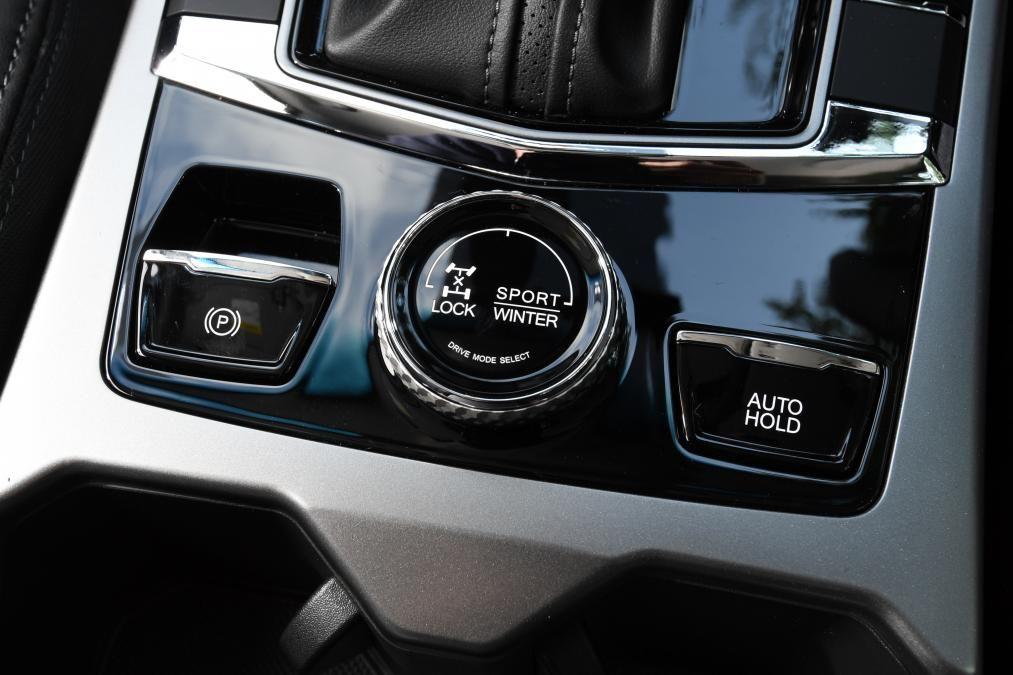 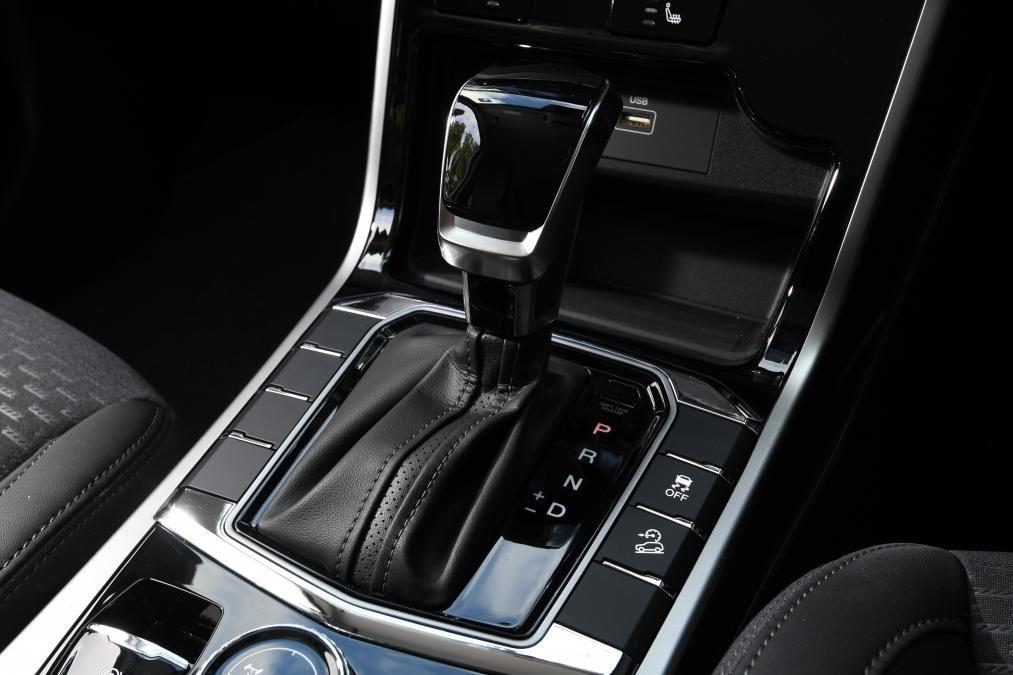