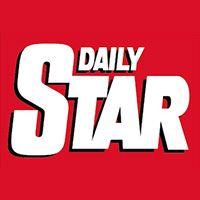 I'm forced to start this week's unbelievably brilliant, yet modest little column, with a confession.

After years of driving all kinds of cars, the quick, slow, little and large, I have a favourite. No, I'm not going to name a particular car. That would be unfair as the answer change every week. What I mean is my favourite types of cars. And the answer is, and this may surprise you, I like little cars.

What?  I hear you gasp. Not Lamborghini. Well, I'd have one for a week, but in the real world, sports cars are too fast, too thirsty, likely to land you in jail and totally impractical.

Try getting your golf clubs and electric trolley in a Huracan and you'll find out what I mean. No. It's little cars for me. Given four doors, a hatchback and folding rear seats I'm as happy as can be. So what's made me make this admission? Simple. I've just spent a week driving one of the biggest cars that's ever filled up the sumptuous drive that leads to Fowler Towers and blocked the light from reaching my windows. Called the SsangYong Turismo, at nearly 17 feet long, 6ft 3ins wite and 6ft 1in high it's more like a luxury caravan than a car yet, and this will surprise you, I loved it.

SsangYong is a company that's going in the right direction. Based in South Korea and owned by Indian tractor and car makers Mahindra and Mahindra, it's fair to say they haven't set the world alight with cars like the Rodious and Kyron, but things are changing. Big time.

Current offering the Tivoli is a wonderful little motor, while the other end of the scale the new Rexton is a huge Range Rover minus the massive bill, or should that be bills.

More is to come and the Turismo is a fine example of how much car you get for a shockingly small price. With seven seats, stacks of interior space and loads of kit as standard, especially on the top of the Range ELX version I drove, it's far more than just a taxi driver's dearm. It's one for people with big families too.

Oh, and caravan folk, because it'll tow up to 2,700kg and it's got a four-wheel-drive low ratio gearbox as standard, so you can haul your five-star room on wheels out of a bog when it gets stuck in the mud, before changing back to rear-wheel drive.

For sheer interior room, the Turismo can't be matched for price. its third row of seats and its middle two seats are on rails, so can be moved forwards when you do need more boot space. Doing that increases the boot from 2ft deep and 3ft 6ins high to a flat 3 feet. If that's not enough the rear seat back fold forwards to leave a five feet space, although the extra 2ft is strictly for suitcases as the rails prevent the whole thing from folding flat.

Just sitting in any of its back five seats is amazing. There's so much leg room the Turismo feels more like a boardroom than a car. Despite its size, it's surprisingly fuel efficient, with a combined 36mpg from its 2.0-litre diesel, not bad considering it weighs 2,245kg, but the most surprising thing about it, for me, was the quality of its drive.

It may be the size of a house, but it never feels that way. It goes around bends without wobbling all over the place, its Mercedes seven-speed automatic box is a treat and the normal ride is so smooth and quiet that it encouraged me to take it on a 450-mile return trip to mighty Macclesfield and back, stopping just once for fuel.

Little cars are going to feel absolutely tiny for a while.

Rear mirror monster: Sheer size and presence make it a monster before you've even considered its twin 11-strong banks of lights and enormous three-barred gate of a grille.

Tasty touches: Forget a useless blow and go system, you get a full sized spare.

Fast or last: Plenty of power make it a comfy long-distance distance cruiser.

Wonga wonder: A massive four-wheel-drive seven-seater for the same price as a VW Golf estate.

Would Chantelle like it? Only if she had five kids, and chances of that are zero.