IF YOU’VE never heard of the SsangYong Korando, don’t worry, you’re probably not alone — the Korean car maker may be the third biggest by sales volume in its home market, but in the UK it’s a small fry, with the company’s mid-sized SUV finding fewer than 3,000 customers this year.

The Korando has been around for more than 30 years, (though SsangYong itself is 65 years old, amazingly) and is now in its fourth generation. The all-new model was launched earlier this year, but only with a diesel engine; with a new petrol motor added to the line-up, now is the time to get behind the wheel. The petrol is expected to make up 75% of Korando sales in Britain.

The brand so far has been known for bargain-basement prices above all else but it’s worth noting another standout feature of the SsangYong four-model passenger car range: they’re ‘proper’ SUVs, designed from the ground up as such, as opposed to crossovers, which are based on regular passenger cars but with raised suspension.

That should mean the new Korando is a tougher nut than its competition, which includes the Nissan Qashqai and Kia Sportage among many other cars in its class, and SsangYong is pitching the Korando at families with active lifestyles who want a car that “can handle the rough and tumble of family life”.

But the old-school SUV underpinnings have also meant that SsangYongs in the past have been far less refined than rivals’ models, with engines that are far less efficient.

With the all-new Korando, though, SsangYong wants us to believe they’ve turned a corner by producing a car that is a genuine contender, with ride and handling, technology, safety and engines that are at least as good as its better-known rivals. They still pride themselves on being around 10% cheaper than most other cars out there, but with a number of options thrown in for free.

With prices starting at £19,995, the Korando looks rather attractive on paper.

It’s quite attractive to look at, too. SsangYong is finding its own design language after a rethink in 2015, before which most of the cars could be considered either rather awkwardly-styled (see the rear end of the current Turismo) or basically a knock-off of a more established rival (the original Korando was a Jeep and a version of the Korando introduced in 1998 was basically a rebadged Isuzu Trooper).

But following in the footsteps of those other South Korean brands Kia and Hyundai, SsangYong is undergoing enormous change and making an effort to produce original machines. The 2015 Tivoli, Korando’s baby sibling, was the first to really show some unique character and have vaguely desirable styling (the head of design is a graduate of the Royal College of Art, we were told).

The new Korando continues in that vein, with an exterior shape apparently inspired by the 1909 Bourdelle sculpture, Hercules the Archer. We’re not sure what the link is, either, but the important thing is that the Korando is far from a pig to look at, and it’s a car that you wouldn’t be ashamed to park on your driveway. Unless you’re a badge snob, that is. 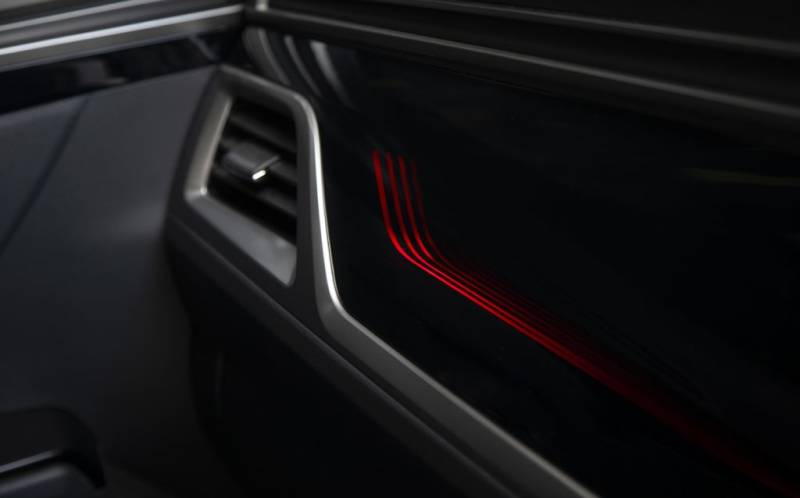 Inside there are some rather impressive flourishes. The “infinity lighting” effect in the dashboard is particularly striking — LEDs and mirrors are used to create the illusion of depth behind the plastic cover. The same detail can be found on the door trims, and it’s a feature that really helps lift the perceived quality of the interior.

As does the fully digital driver’s display on higher specification Korandos, which allows you to cycle through various menus and styles of information, including sat nav directions. The infotainment system on these top trim Korandos is controlled via the 9in high definition touchscreen, which is easy enough to navigate but will also run Apple Carplay and Android Auto from your smartphone, if you prefer, which allow you to run apps like Spotify, Amazon Music and Waze navigation. 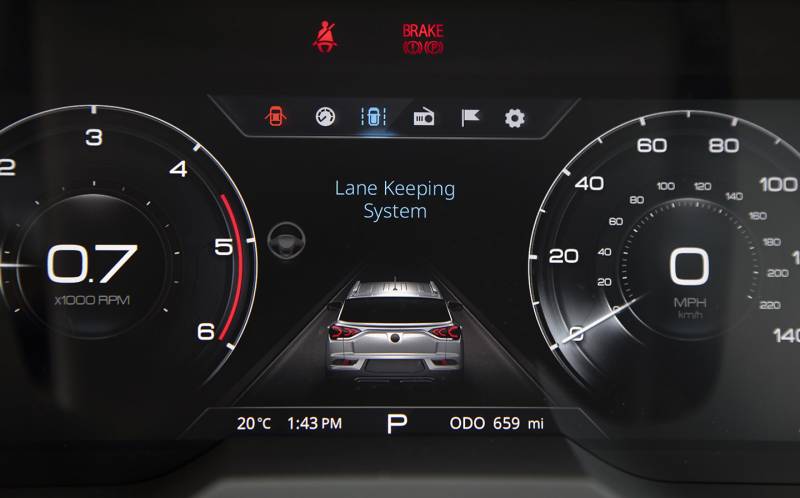 Impressively, it all seems to work, and the way the cabin is screwed together is a match for any mid-range brand out there. Well, mostly. There are a few cheap-looking plastics used here and there, and the leather on the seats isn’t quite as taut as you’d find on models from other car makers. But there is evidence of real attention to detail from SsangYong, including on the aluminium-effect air conditioning and drive select dials.

The Korando scores very highly on interior space, particularly in the rear, where head and knee room is abundant thanks to an increase in the distance between the front and rear axles over the old model. That doesn’t appear to have eaten into boot space, either, which has a very healthy 551 litres with the rear seats up, or 1,248 litres with them folded, making it a strong family car contender. As does the Korando’s five-star Euro NCAP crash safety rating.

So now we get to the tricky bit for SsangYong: fuel efficiency, refinement, and ride and handling.

In fact, SsangYong deserves plaudits in all these areas. Particular credit should go to the engineering team that worked on the way the cars feels to drive, as there were no unpleasant surprises with the way the Korando steers or goes around corners. If that sounds like a backhanded compliment, it was meant to – there isn’t a huge amount of feel through the wheel and you couldn’t call the Korando a terrifically rewarding drive, but the weighting of the steering is rather good, and the progression from lock to lock is nicely linear.

The suspension is on the soft side, leading to a slightly floaty ride on the road, but it skims bumps and potholes without any bother and body roll is kept in check and grip is good. You can even hustle a Korando along a twisty road without feeling like it wants to flip itself into the verge. Which is good.

We drove the petrol version with a manual transmission and front wheel drive, which grips well at the front and rear through corners, though the diesel Korando we tried, which had an auto gearbox and four-wheel drive, was noticeably less planted at the nose on turn-in, and was more inclined to understeer on acceleration.

This may be to do with the way the power is fed from front to rear, or the extra 200kg the diesel 4×4 model carries, or maybe the distribution of that weight, but the front-wheel drive Korando offers the more polished driving experience on the road.

And a warning about the manual ‘box: it’s horrific. The model we tested didn’t like going into first at all, which made stopping at the lights an unpleasant experience, as we wrestled with the lever and prodded the clutch pedal a few times to help the mechanical elements find a position at which the engine and transmission could be mated together.

Once on the move, the changes were less of a problem, though the throw is long and the gate rather sharp, which makes changing up and down less than slick. Although the automatic ‘box was not the quickest at switching cogs, it’s decent and so would be our choice.

Sadly, if you want an auto with a petrol engine you have to get the ‘Ultimate’ top trim level, so although prices for the Korando start at under 20 grand, you’re looking at £27,995 for a petrol automatic. The cheapest auto comes with a diesel motor and in Pioneer trim, which will set you back £26,495.

The diesel motor is definitely more gruff than most other manufacturers’ efforts, though the 1.6 litre diesel with automatic has an impressive two ton towing capacity, or 1.5 tons with the manual transmission or in petrol guise.

Pictures provided by SsangYong also show the Korando 4×4 tackling off-road routes, though our test drives didn’t include anything other than Tarmac’d surfaces so we can only assume the diesel has what it takes to pull it over hills, and the suspension doesn’t collapse at the first sight of gravel.

When it comes to performance the Korando is slightly off the pace in both petrol and diesel forms (see table below), despite having comparable power and torque outputs, and the fuel efficiency of the 4×4 diesel auto is below that of rivals. You’d have to say SsangYong, which builds its own engines, is getting closer to parity, though.

Should you splash your cash on a new Korando, then? Well, for the first time it’s beginning to look like a true challenger to the more established names. In terms of interior space, it’s actually hard to beat. The cabin is attractive, the tech is a match for the best (BMW doesn’t even offer Android Auto), the ride is decent and cabin noise from the engines, tyres and wind is far from excessive, even on motorways. We were impressed by the refinement in general.

What it’s like to live with remains to be seen, and although you’re paying potentially a few grand less than rival models there’s a good chance the SsangYong will lose its value faster. But from many points of view, the Korando is still a bargain. And you can always tell the badge snobs that SsangYong is the next Kia. 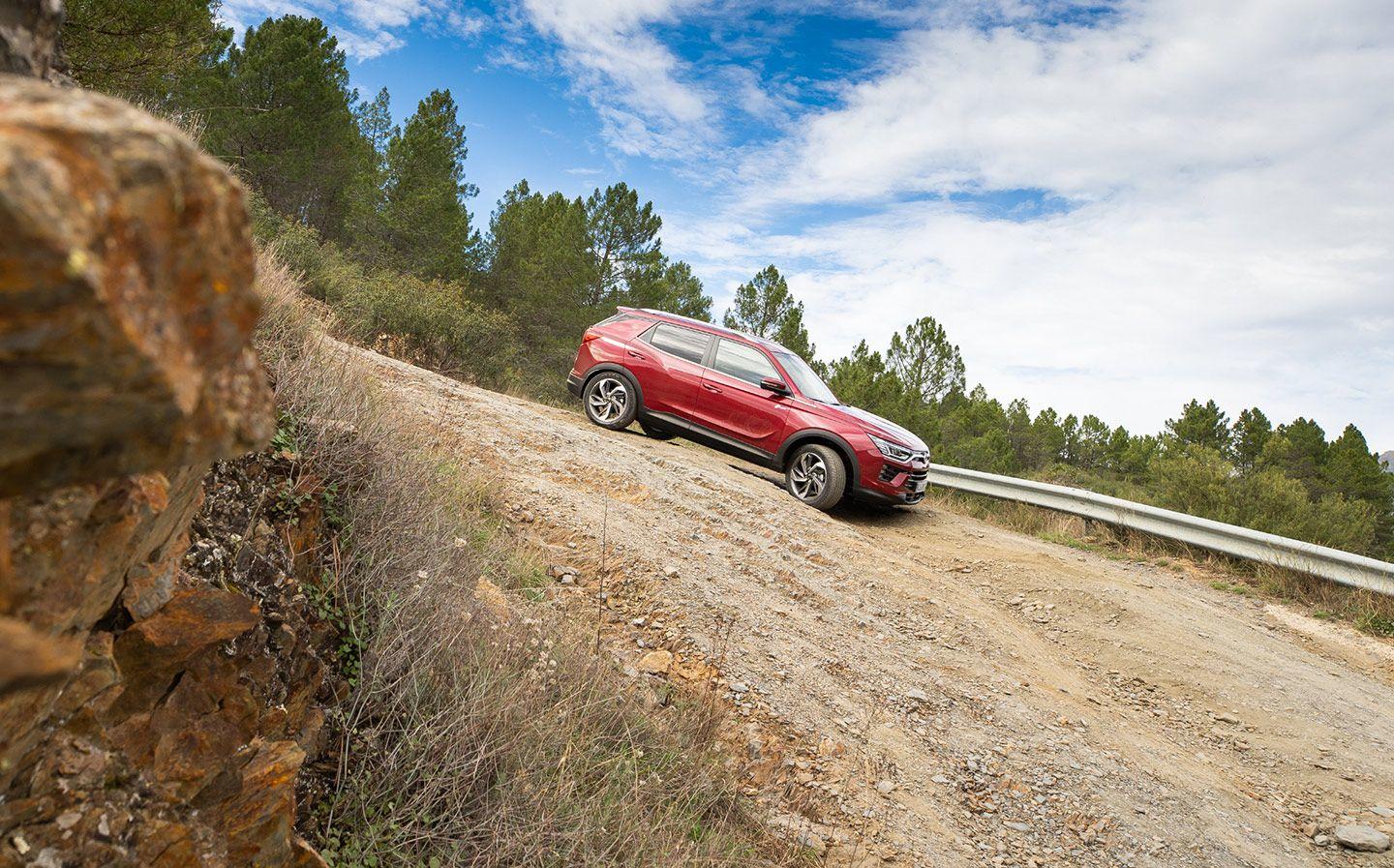 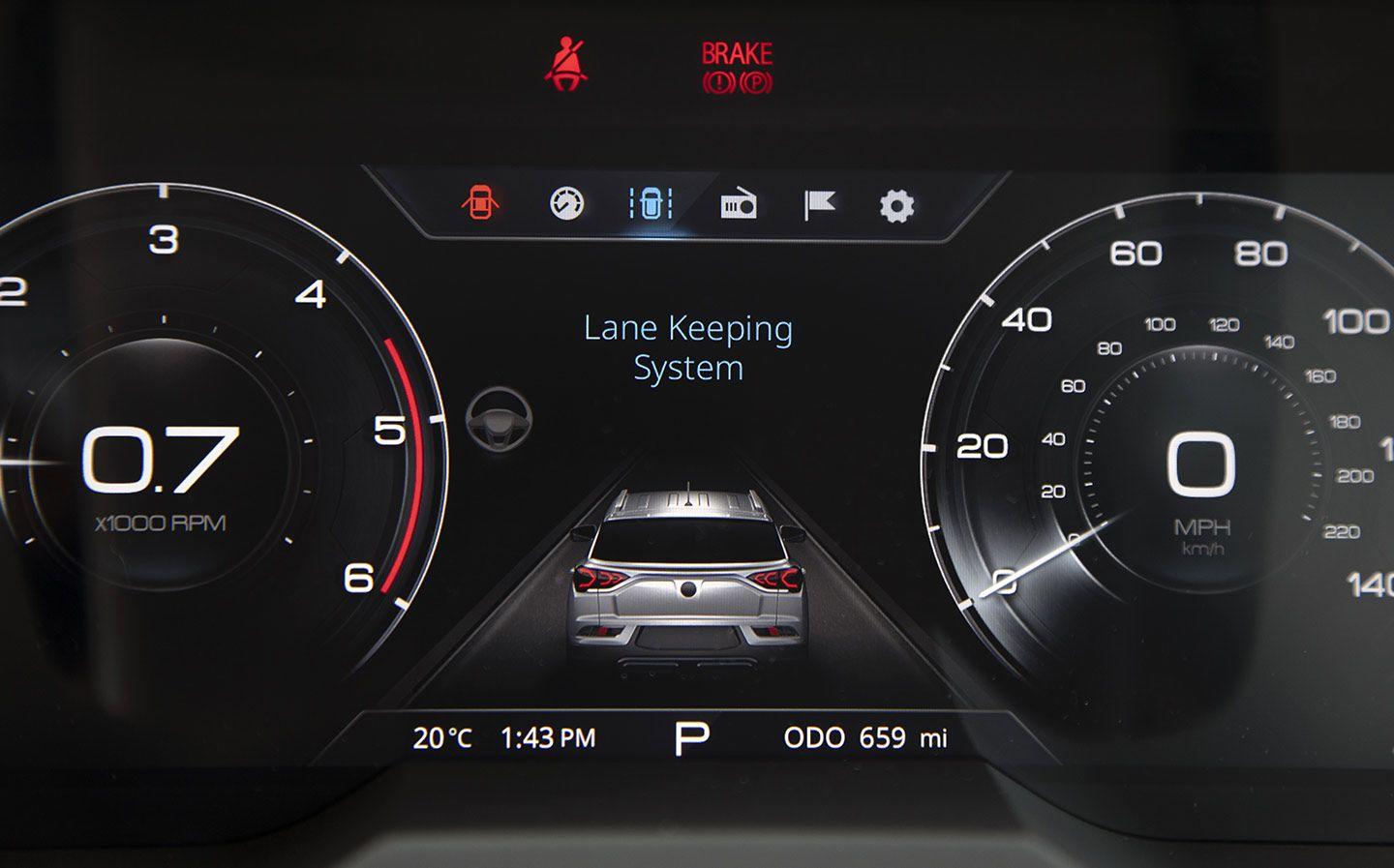 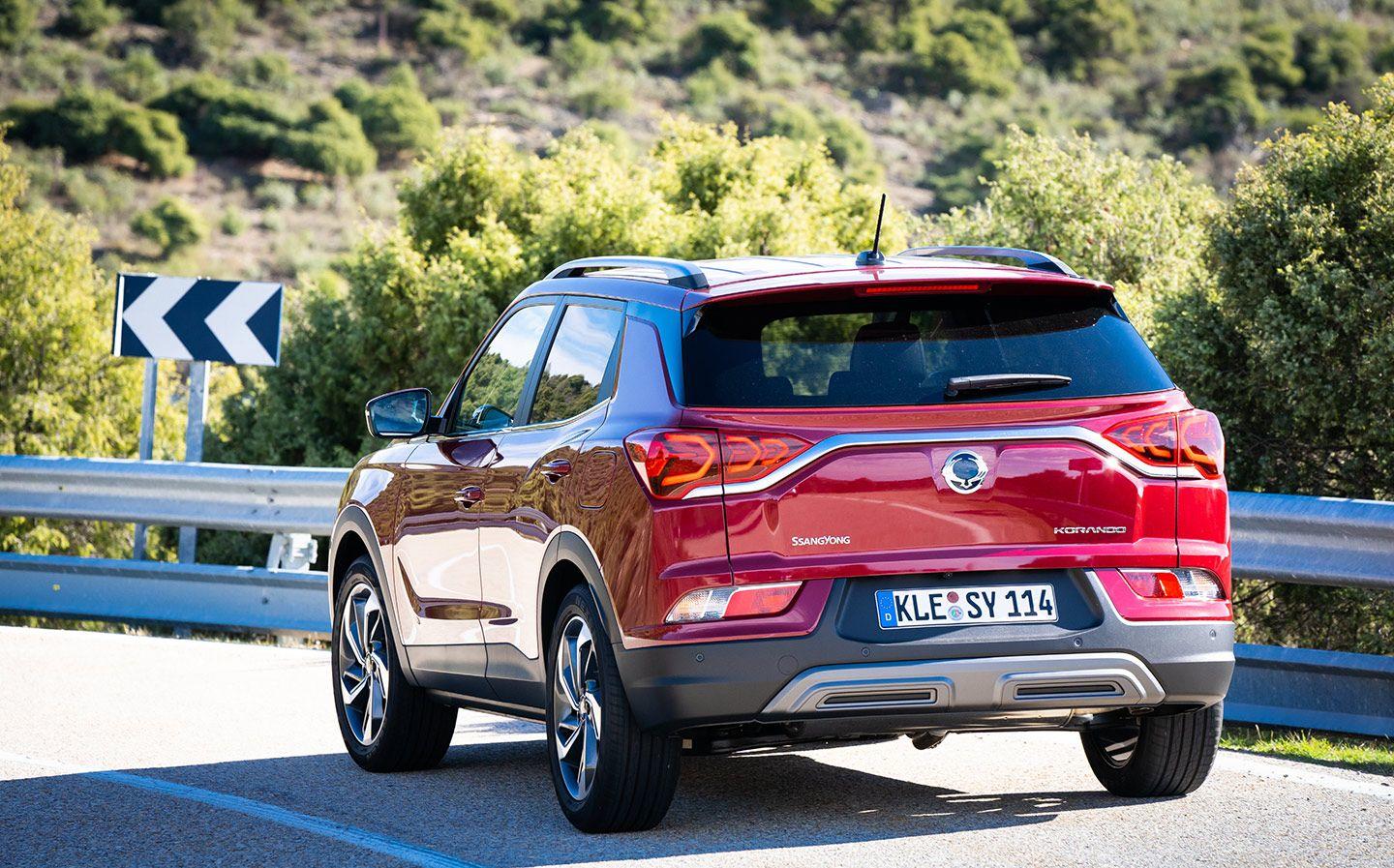 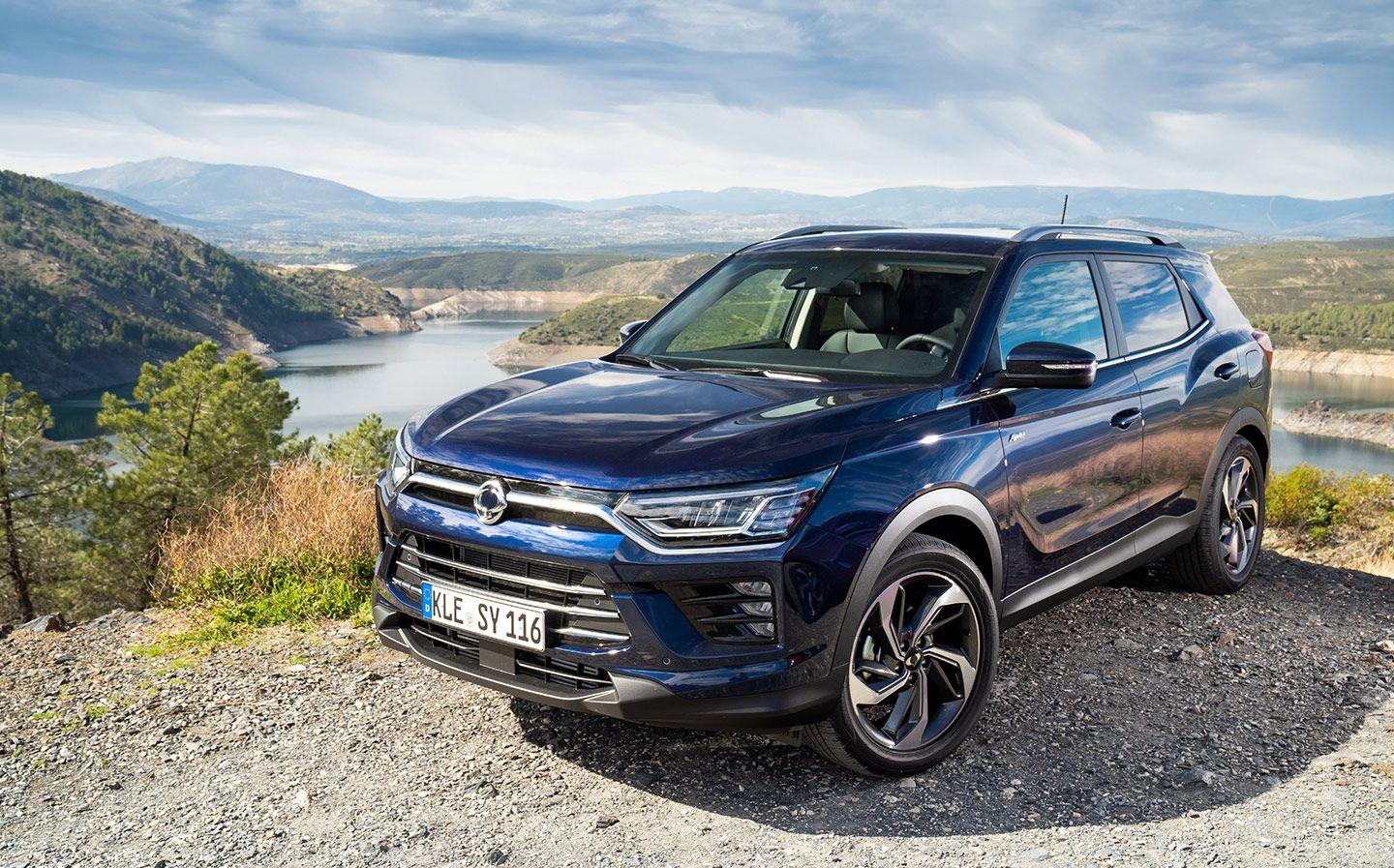 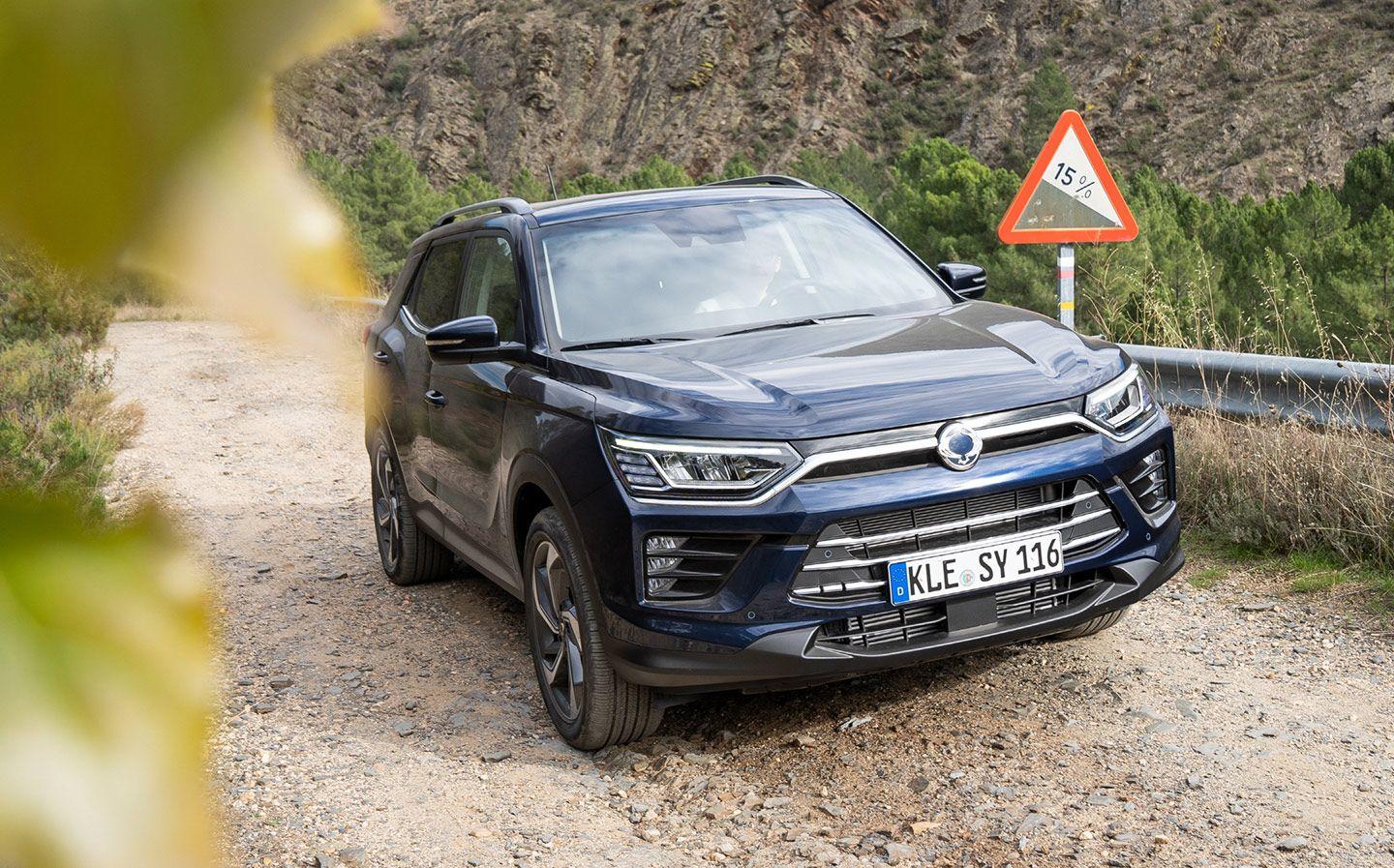 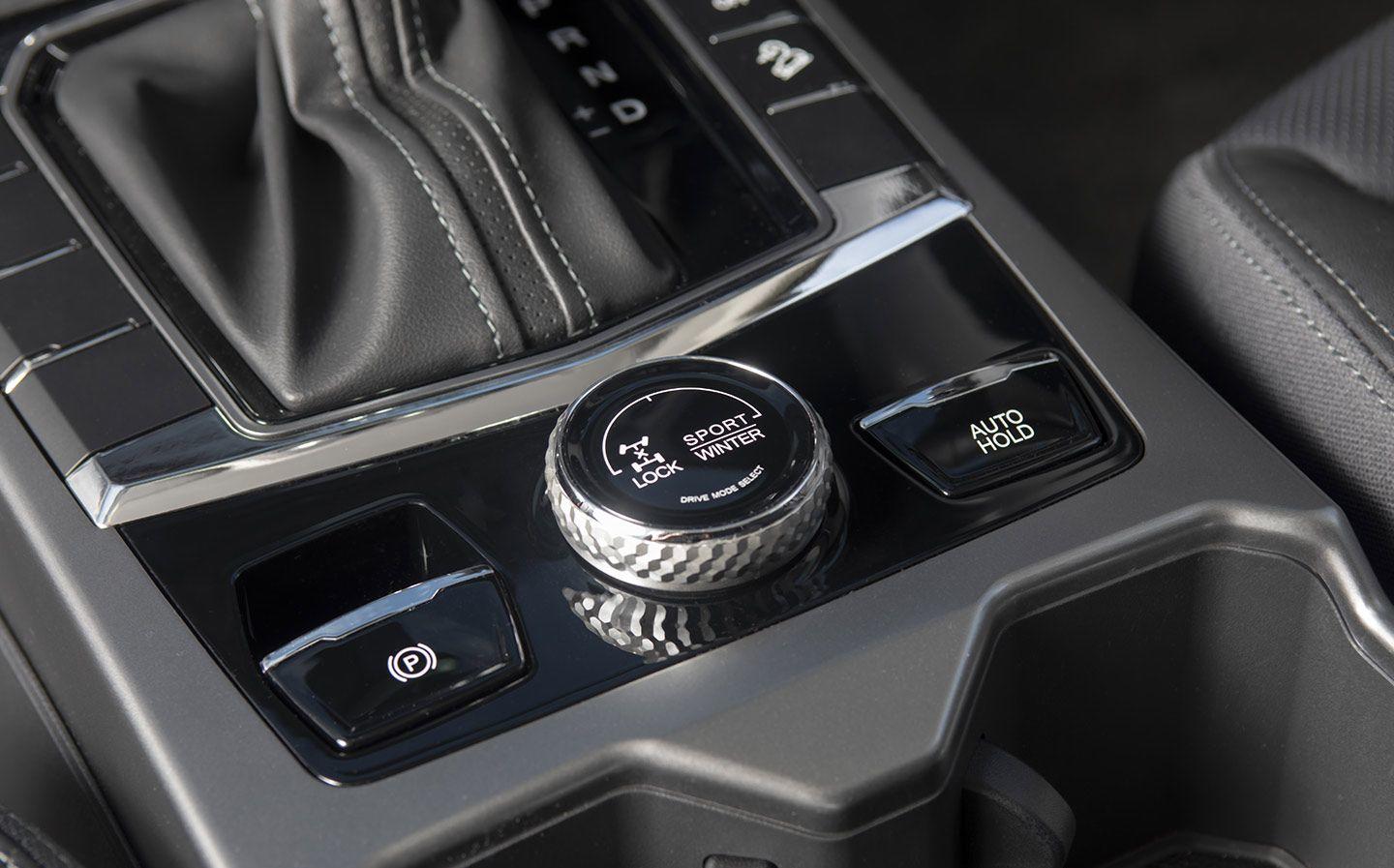 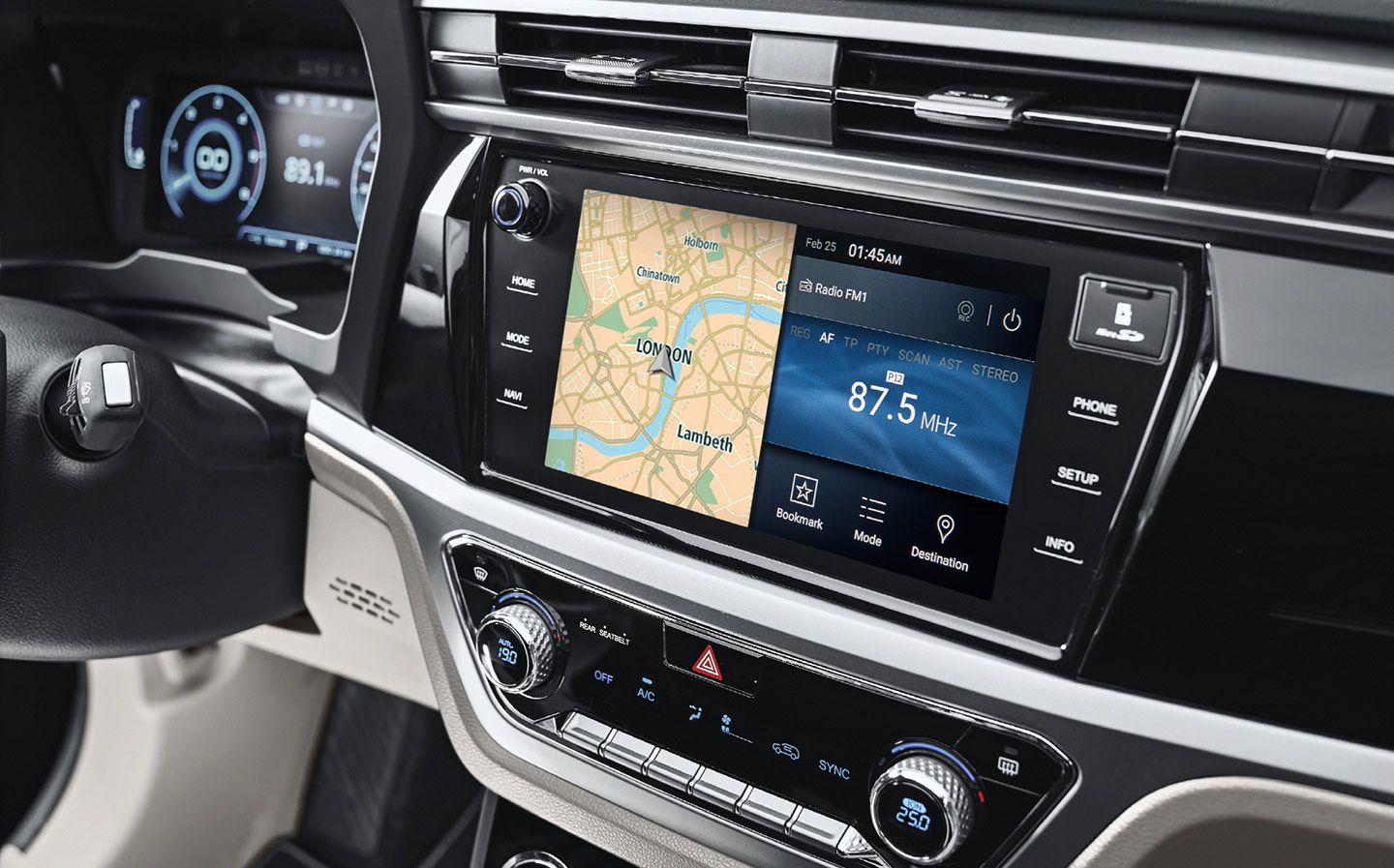 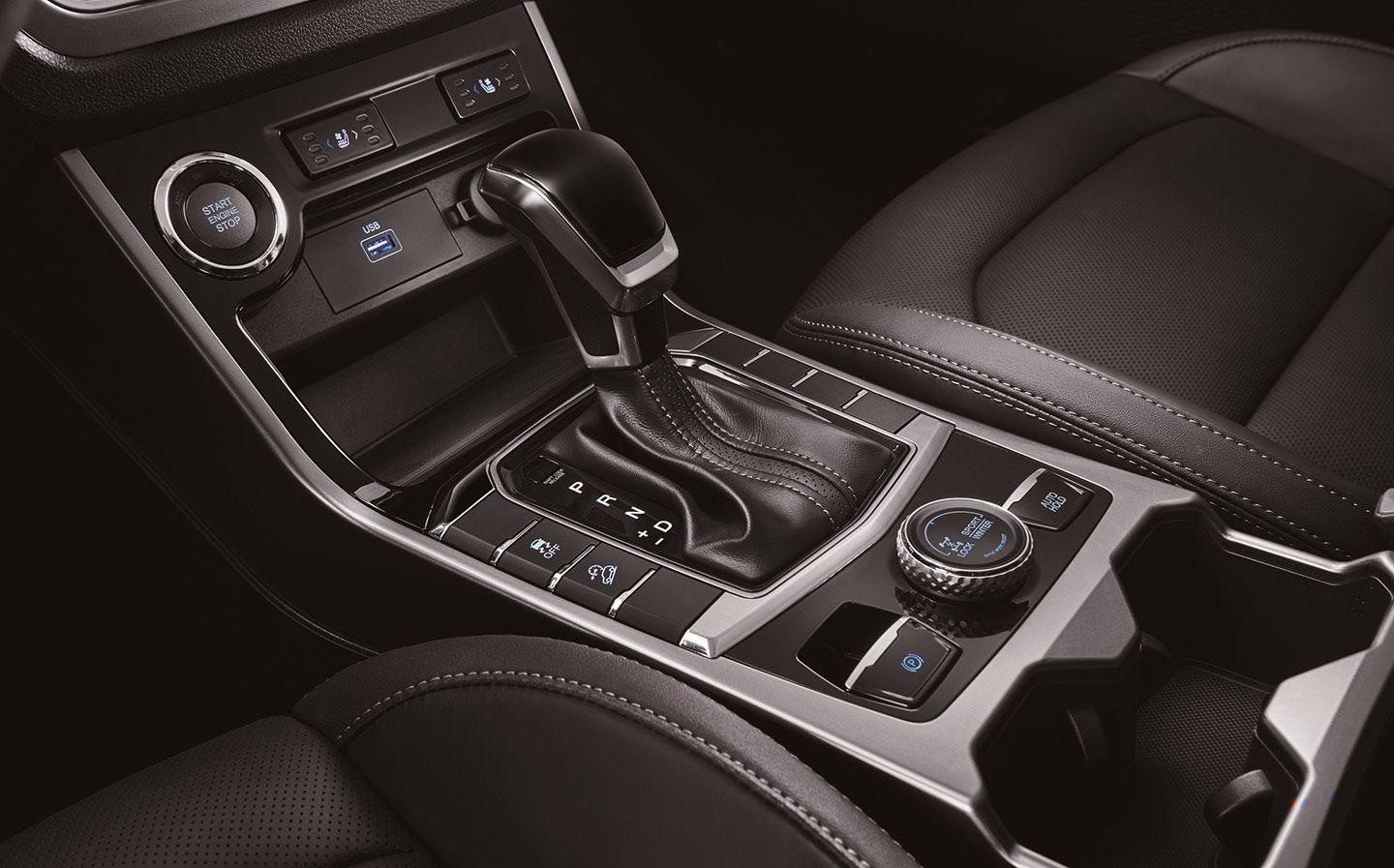 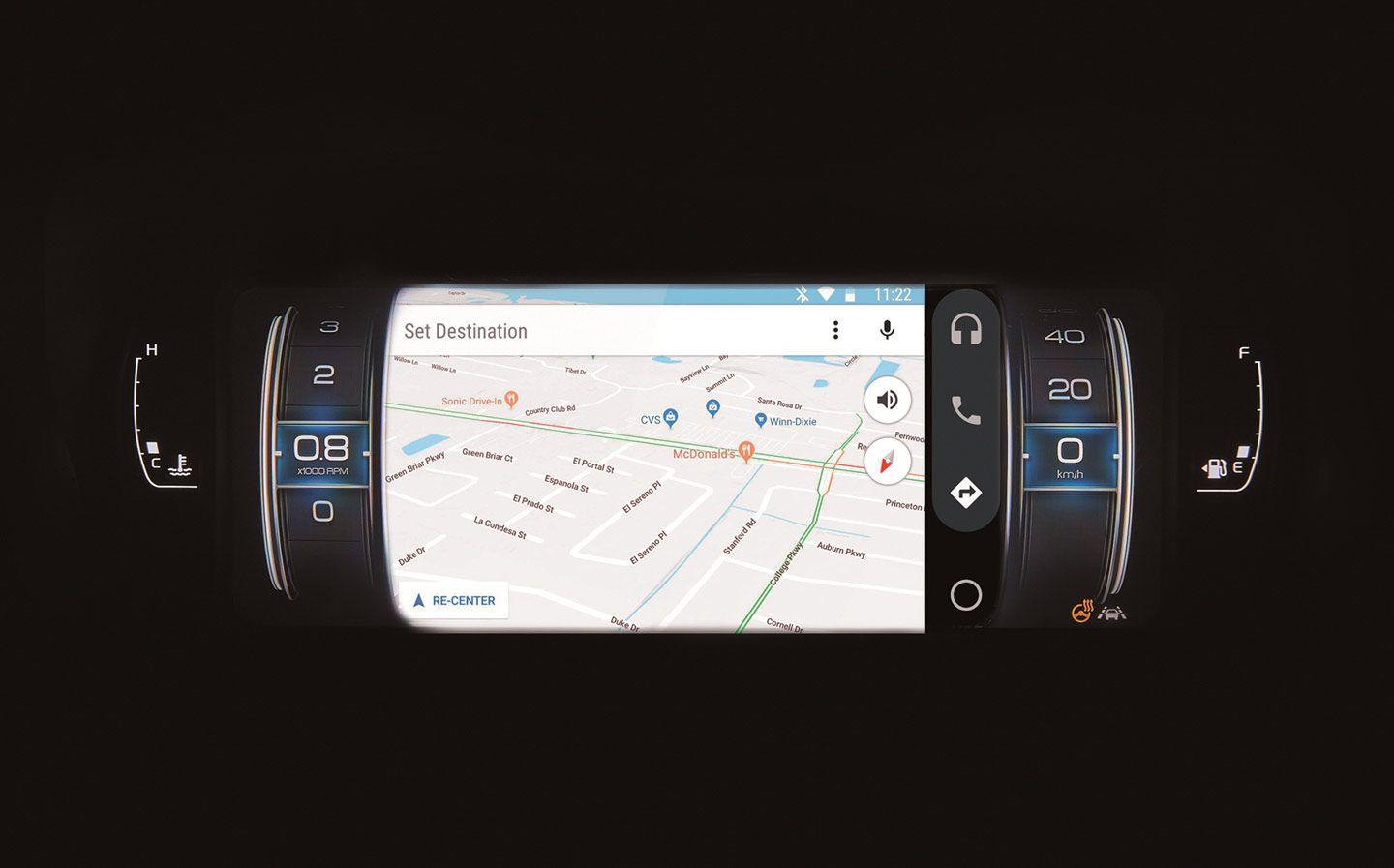 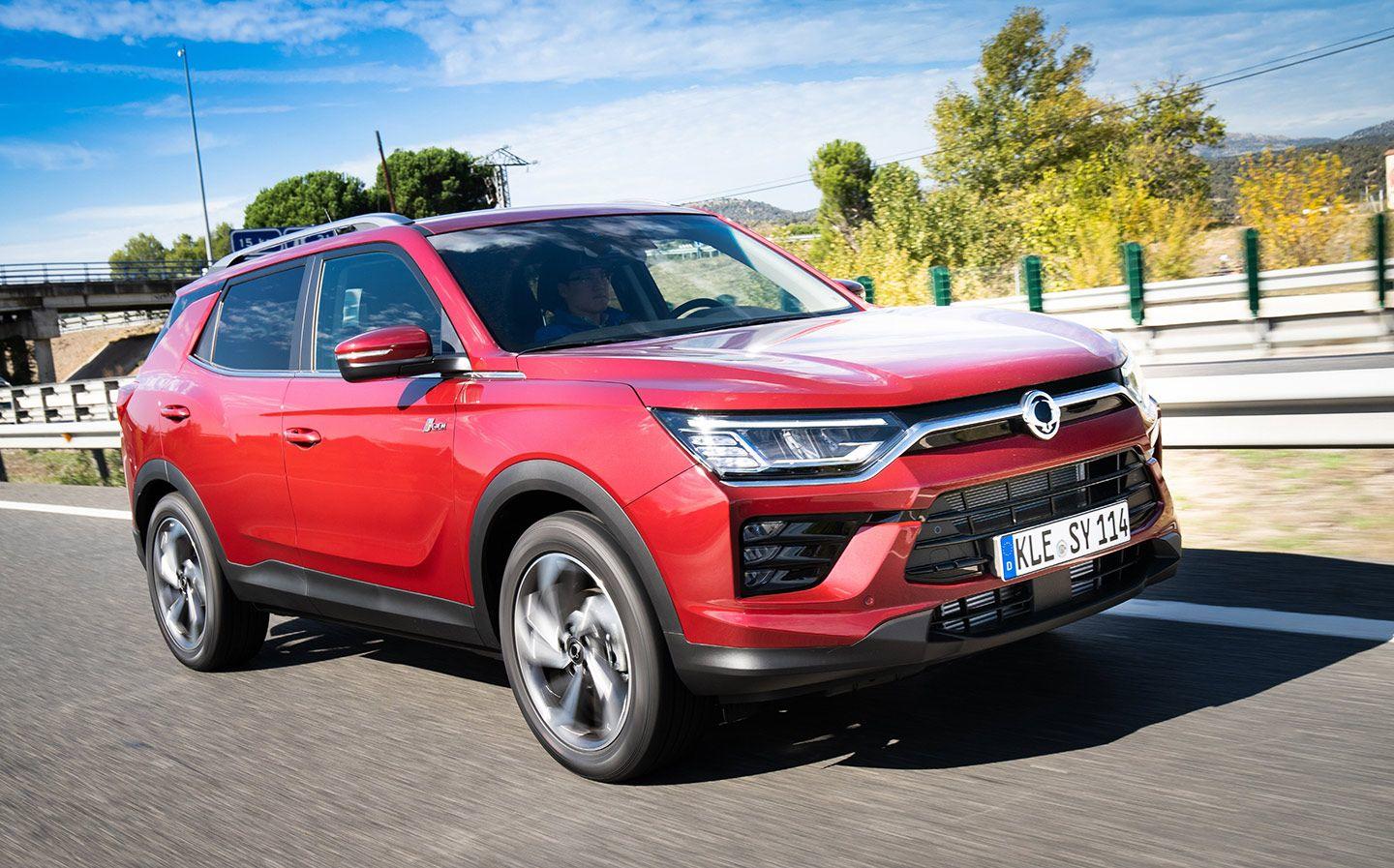 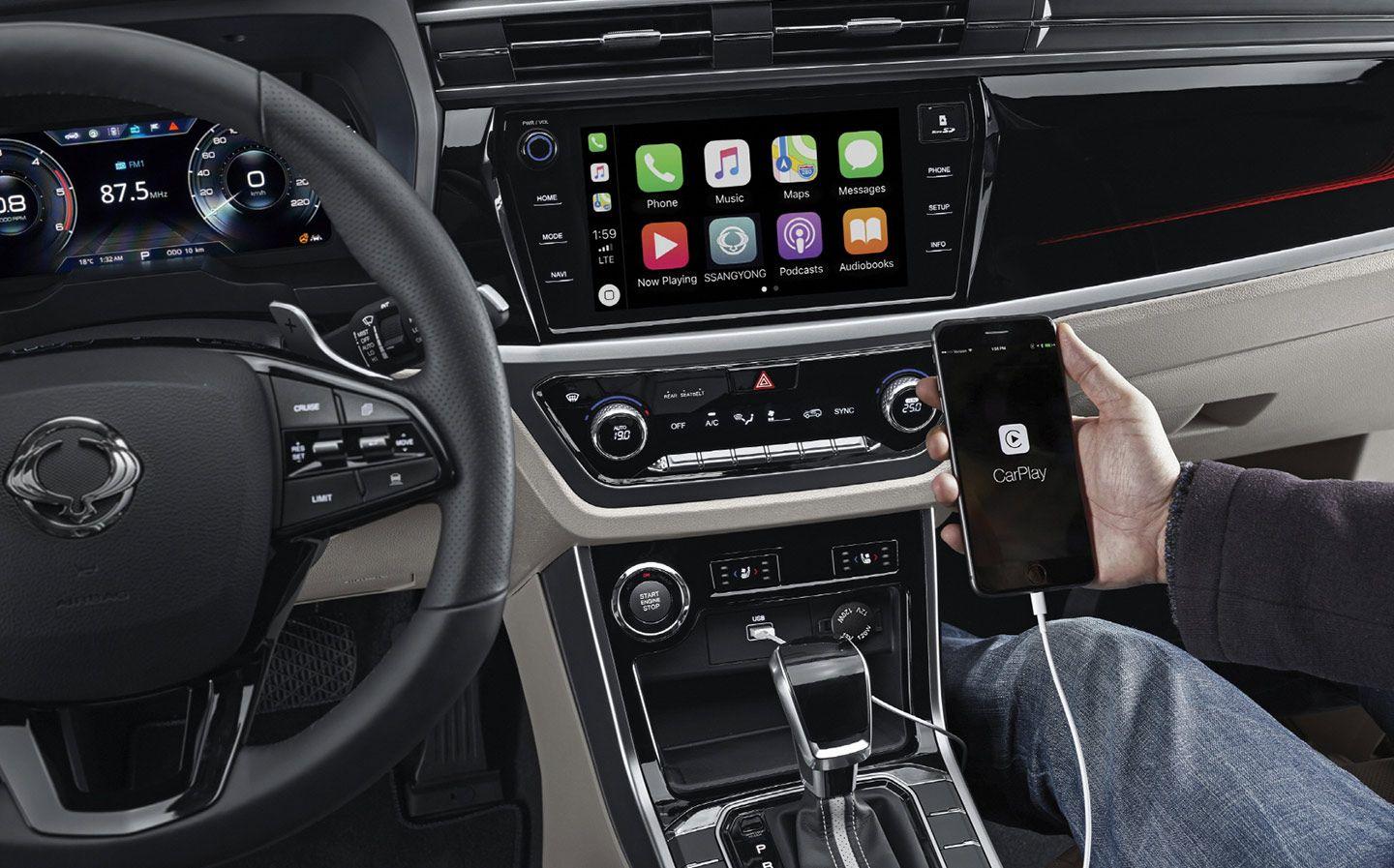 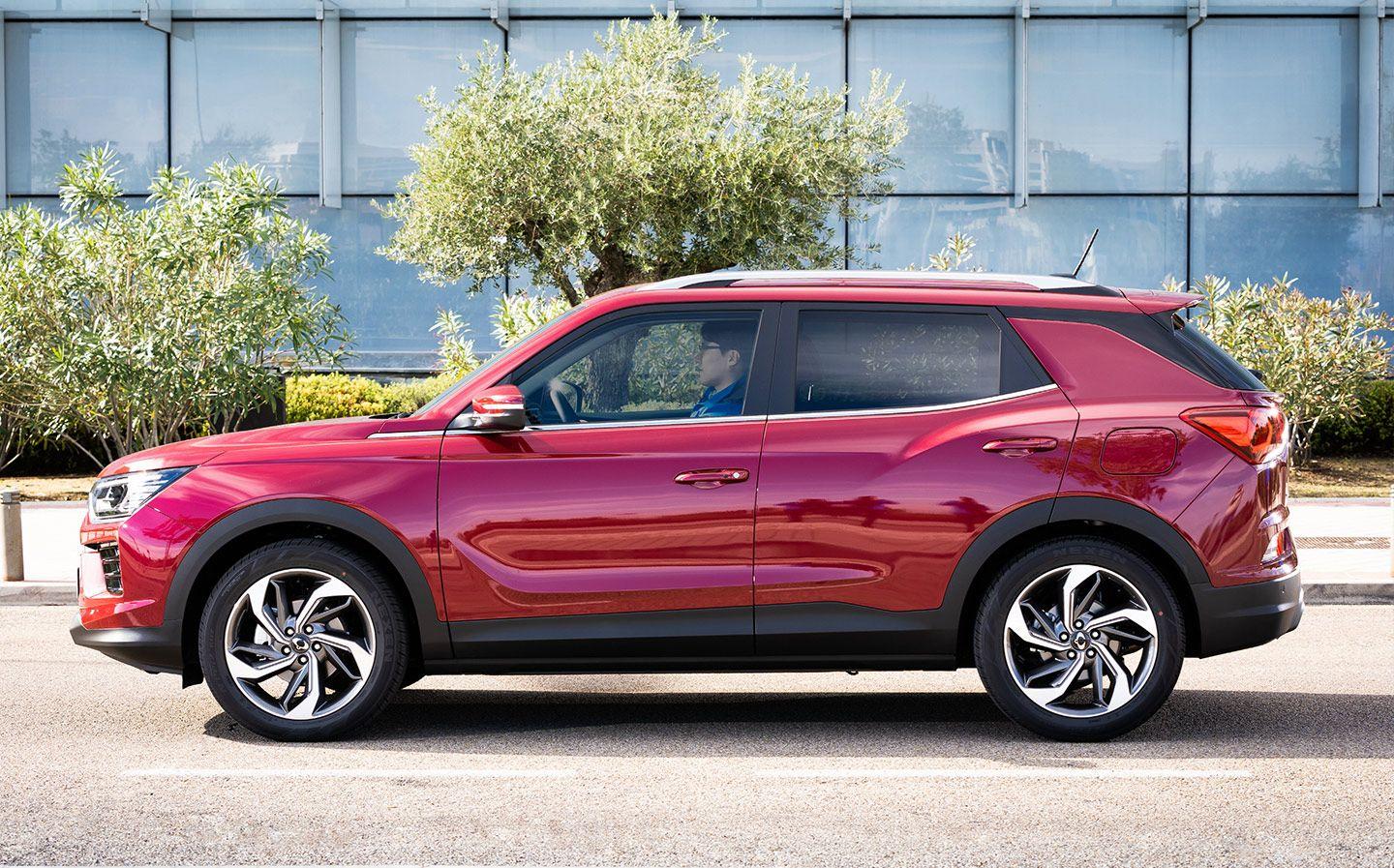 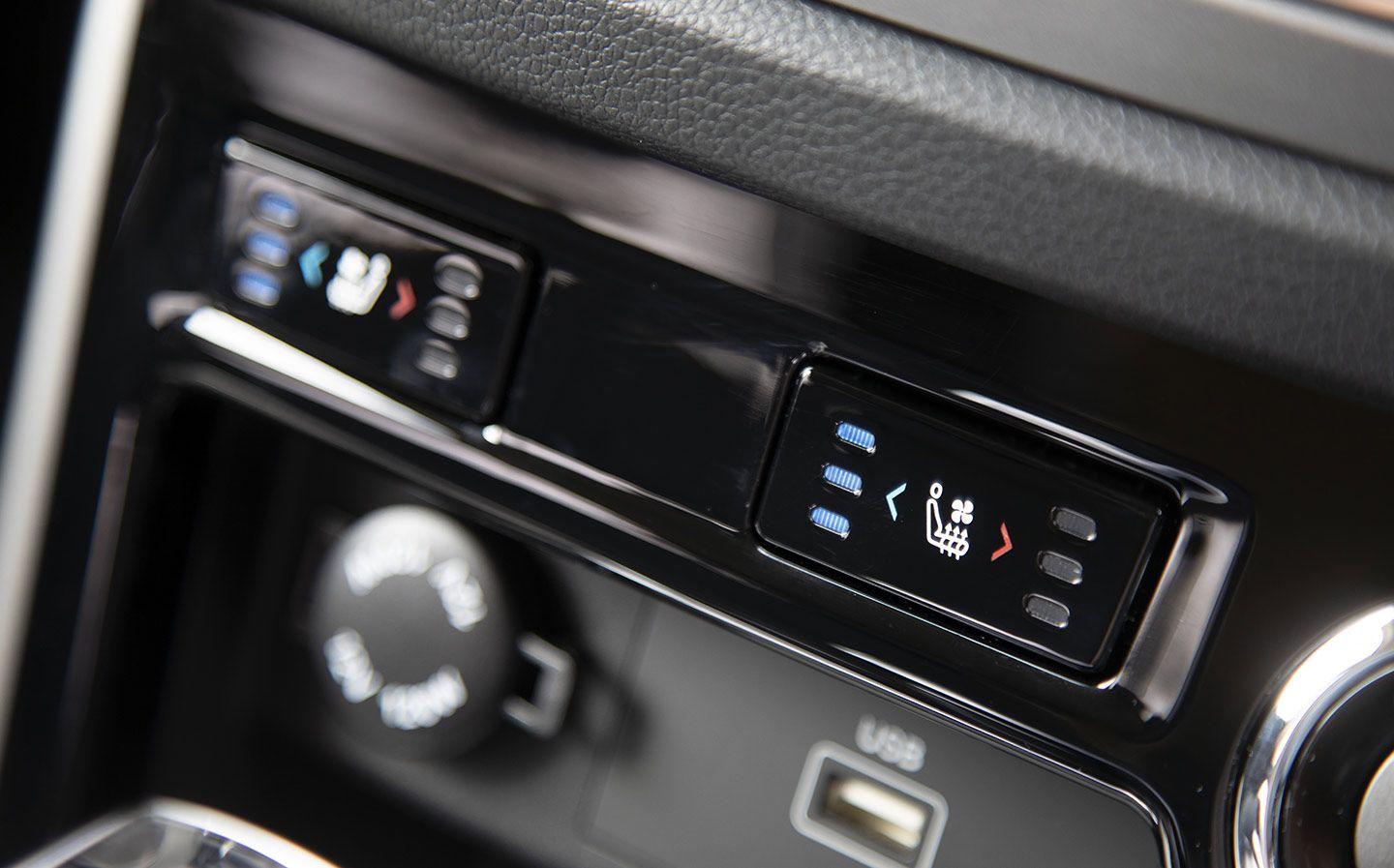 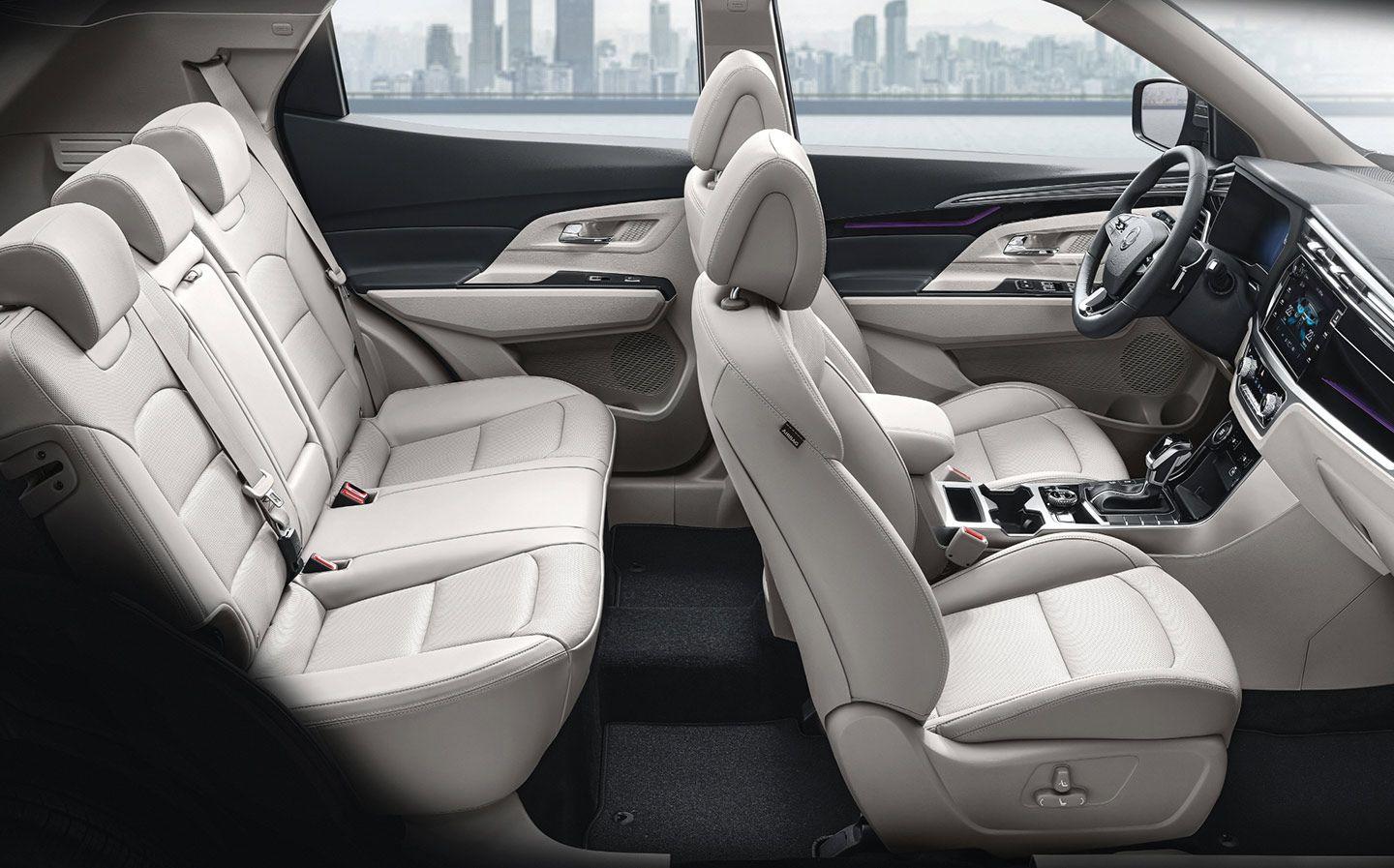 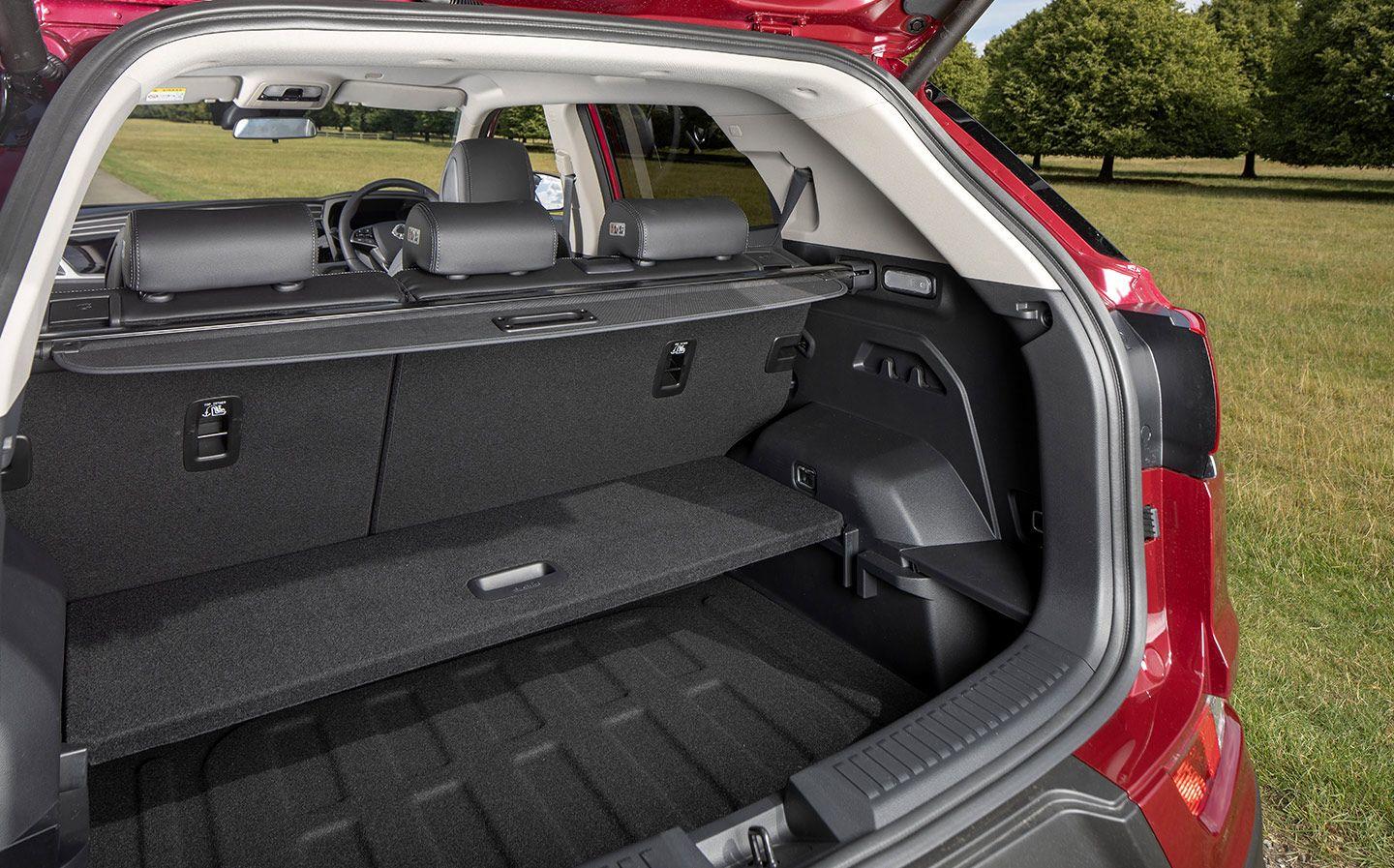 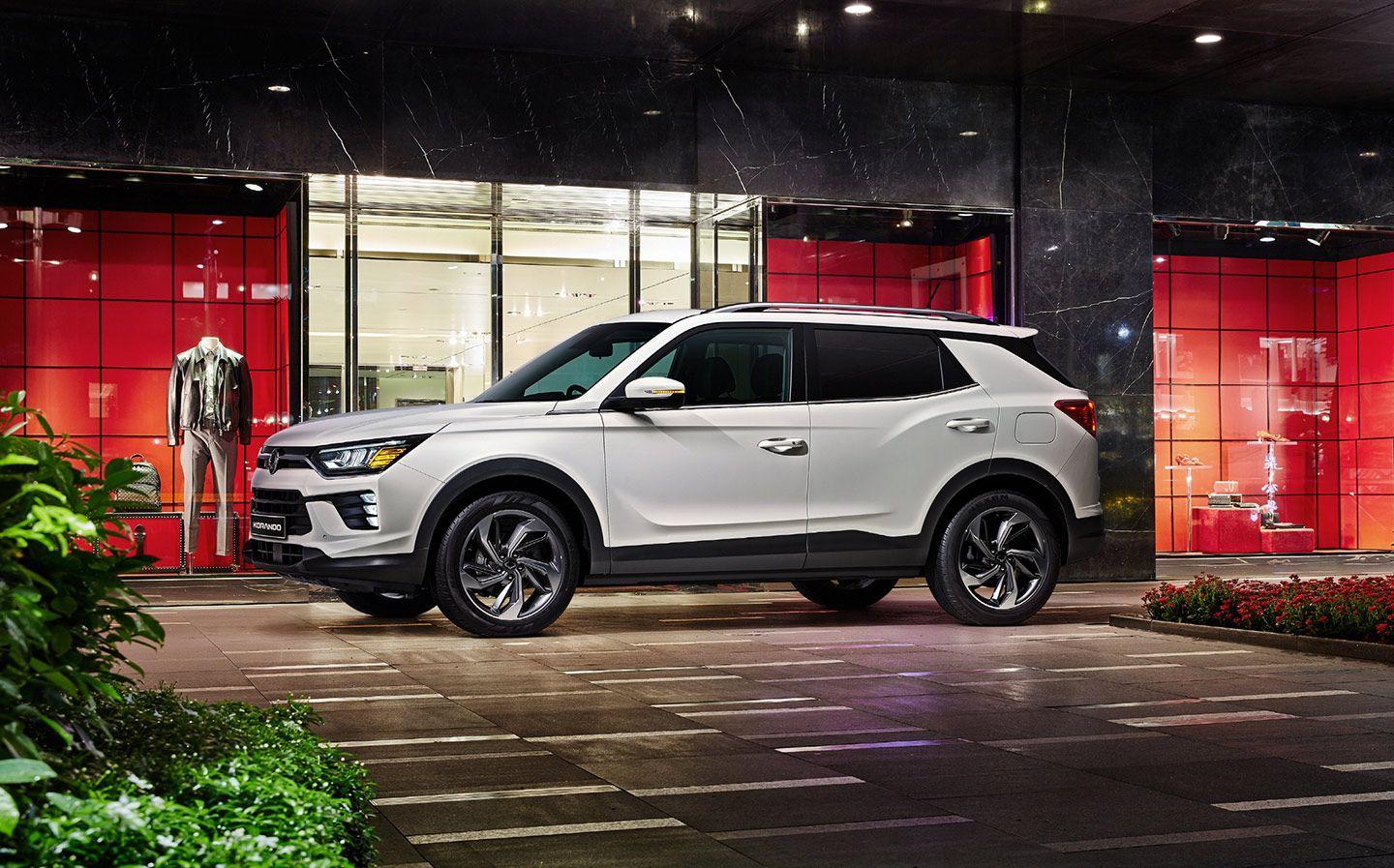 There was a time when you needed to qualify positive comments about SsangYong products. Often bought because they were cheap, or had a strong towing capacity, in the past you bought one out of necessity, rather than desirability. But that’s all changed in recent years, as each of SsangYong’s latest vehicles have strong attributes in their own right. Ever since India’s Mahindra…

There was a time when you needed to qualify positive comments about SsangYong products. Often bought because they were…