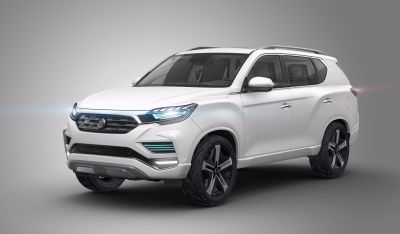 “With Tivoli and XLV, SsangYong has demonstrated its ability to design and manufacture an all new car from scratch in record time, while also utilising its extensive knowledge to underpin the brand’s reputation as Korea’s leading SUV maker.  With over 100,000 units now sold around the world, this car is helping to transform SsangYong,” said Mr Choi.

“We are now going to do it again, this time with an all-new large SUV which will be launched next year.  The LIV-2 shown here today is the final concept of our Y400 model, and already at an advanced stage of testing.

“The LIV-2 showcases our luxurious approach to the extremely popular SUV concept, while also applying advanced technologies and high levels of safety.

“We are confident that this is going to be another landmark model, and will take the SsangYong brand to the next level.  Thereafter, we will be adding a new model every year for the next couple of years, each one designed to broaden our brand appeal to customer groups and international markets,” he added.

The SsangYong LIV-2 - Limitless Interface Vehicle - is a large premium SUV concept, and is the next iteration from the LIV-1 concept exhibited at the Seoul Motor Show in 2013.  It advances the car’s design language and helps communicate the concept of ‘Dignified Motion.’

LIV-2 is powered by either SsangYong’s own 2.2 litre Euro 6 diesel engine to achieve a powerful yet efficient performance, or its newly developed petrol 2.0 litre GDi turbo.

The interior has been designed to create a contemporary executive lounge within a luxury, chauffeur driven limousine, with copious space to work or relax, and is equipped with a suite of advanced communication technologies.  These include an integrated communication system with three displays, wi-fi mirroring for devices, Apple CarPlay and Google Android Auto enhanced connectivity for passengers’ pleasure while travelling.  The infotainment system is controlled via a touch control panel and offers ‘surround sound’ premium quality entertainment.

The car is equipped with advanced safety equipment such as an Autonomous Emergency Braking System (AEBS) which warns the driver when an obstacle such as a car or pedestrian is detected by using radar and laser scanning, as well as a camera sensor positioned at the top of the windscreen.  It also features Traffic Safety Assist (TSA) and High Beam Assistance (HBA), a Lane Departure Warning System, Blind Spot Detection, Lane Change Assist and a Traffic Alert System to help protect the rear of the car when reversing out of a parking bay.

For more information on the SsangYong LIV-2 here.

Further upgrades across the range for 2017

The SsangYong Tivoli - the brand’s first B-segment SUV, retains its stylish good looks and class-leading levels of safety and interior space while also receiving a number of enhancements for 2017.

A number of safety features will be available on the new car including Autonomous Emergency Braking System (AEBS) as standard, and a Lane Departure Warning System, Lane Keeping Assist System, High Beam Assistance, and Traffic Signal Recognition will all be available as options.

Improvements for both driver and passengers include a fully adjustable steering wheel for rake and reach, improved ventilation for the front seat passengers, and reclining rear seats for optimum comfort on long journeys.  A new 2-position base for the boot floor also provides increased load carrying practicality and flexibility.

XLV, the extended bodied multi-role ‘SUV estate’ derived from the Tivoli platform, receives the same safety upgrades for 2017 as the Tivoli, with the upgrade of heated rear seats for extra passenger comfort in winter.

SsangYong cars are manufactured in South Korea by SsangYong Motor, which is 73 per cent owned by the Indian engineering conglomerate Mahindra & Mahindra, and imported into the UK by SsangYong Motor UK.  Established in 1954 it is Korea's oldest vehicle manufacturer and only 4x4 and SUV specialist producer.

There are currently some 60 SsangYong dealers covering England, Northern Ireland, Scotland and Wales, with new locations being added to the network all the time. 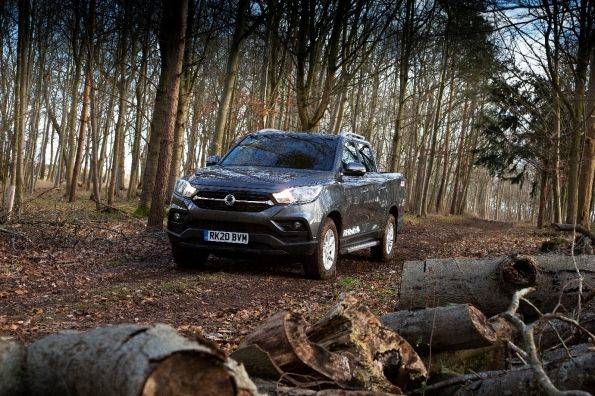 SSANGYONG WELCOMES GRAYS OF HOLBEACH TO THE FAMILY

SsangYong Motors UK is delighted to announce a new addition to its dealer network, Grays of Holbeach, located in Lincolnshire. Grays, a family-owned dealership now in its third generation, has been serving the Lincolnshire community since 1953, and is one of Mitsubishi’s longest standing dealers, representing the franchise since 1978. Kevin Griffin, managing director at SsangYong Motors UK,…

SsangYong Motors UK is delighted to announce a new addition to its dealer network, Grays of Holbeach, located in…