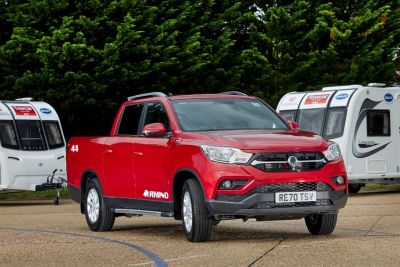 The SsangYong Musso has been voted “Best Pick-up” at the 39th Caravan and Motorhome Club Towcar of the Year Competition. The industry’s longest standing towcar testing awards saw the SsangYong Musso Rhino impress the judges around the UTAC Millbrook Proving Ground’s demanding and unique track.

Built on the same architecture as the brands Rexton SUV, which has also won multiple awards, the Musso shares its body-on-frame construction to give an extremely strong vehicle that delivers excellent towing and off-road performance from its quad-frame and four-wheel-drive system. It’s an extremely competent multi-purpose truck with SsangYong values to the core - comprehensively equipped, an industry leading 7-year/ 150,000-mile warranty offering a value for money package, plus a surprising level of safety, interior refinement and great infotainment.

A spokesperson from the Caravan and Motorhome Club said; “We couldn’t recommend this enough - particularly at the value in the section of the market. You genuinely don’t know you’re towing until you look in your mirror. The Musso is more refined and composed than other pickups, makes an honest towing workhorse, at a very attractive price.”

Each vehicle was put through its paces at the UTAC Millbrook Proving Ground near Bedford, which provides a variety of testing driving environments. Manufacturers were invited to submit for testing any vehicle that was capable of towing a trailer over 750kg and on sale on 1 October 2021.

The Club’s Scrutiny team thoroughly checked each vehicle before handing it over to the ‘caravanability’ and driving judges. Caravanability judges tested whether a car’s boot could swallow the bulky accessories normally needed on a caravan trip. They also measured the towball height, both solo and hitched up, and checked the towing information provided in the manufacturer’s handbook.

The vehicles were then hitched up to caravans ballasted to 85% of their kerbweight, or towing limit if lower. Using specialised apparatus the technical judges then measured the vehicles’ acceleration and braking capabilities. The vehicle/caravan combinations were then passed over to the driving judges who set off around the UTAC Millbrook circuit to put the vehicles through their paces.

The cars were tested at speeds of up to 55mph on the ‘alpine route’, which featured various gradients culminating in a 17% hill start and a 26% downhill brake test. The ability to join fast traffic from a standstill was also assessed. Judges then took the vehicles to the high-speed bowl to further assess their capabilities at speeds in excess of UK legal limits. In the safety of a controlled environment, the judges could induce some instability at 60mph to see how the cars reacted. The vehicles were also put through reversing examinations. All-important issues of driver and passenger comfort and visibility were also assessed.

The results of the competition were announced at the Caravan and Motorhome Club Towcar of the Year Awards ceremony, held at the Royal Automobile Club in London on 17 September. The awards were presented by television presenter and Club member, Matt Allwright, who also spent time at Millbrook Proving Ground to see how the judging process was carried out. 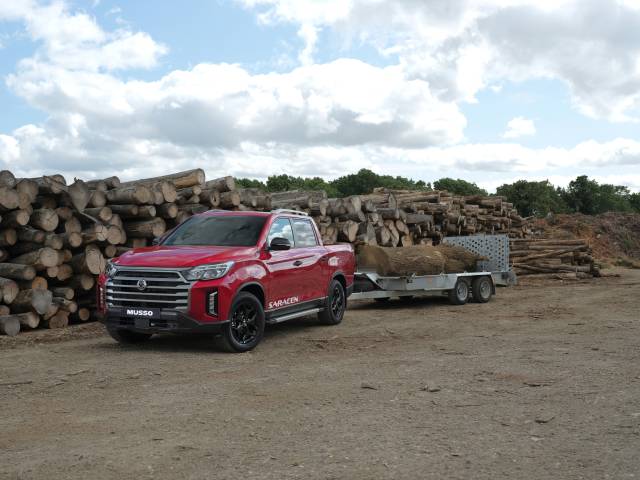