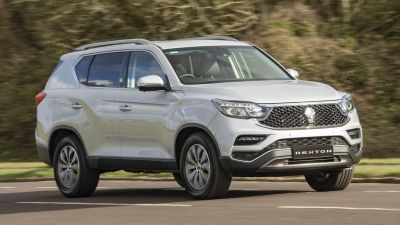 SsangYong’s updated Rexton is strong on value, with equipment, space and off-road ability that you’ll struggle to get anywhere else at the price. Its off-road underpinnings mean it’s not the most cultured SUV over tarmac, but it still holds huge appeal as a tow car and may well entice those people who like to go off the beaten track and just fancy something a bit different.

Not everyone wants – or can afford – a new Land Rover Defender. That’s certainly what SsangYong hopes. Its latest Rexton may not have the street cred or style of the new Brit, but when it comes to value, there’s no denying its appeal.

For more than £5,000 less than the cheapest new Defender 110, you could have this fully loaded SsangYong Rexton Ultimate, complete with a seven-year warranty and, currently, a zero-per cent finance deal for this updated 2020 model.

Exterior changes are limited to a new grille. While it makes the smart, if slightly bulky-looking, Rexton feel a little more upmarket, the refresh hardly makes you want to trade up from a previous model-year car.

The promise of recalibrated steering with adjusted weighting, plus tweaks to the springs and dampers, with new wheels and tyres might, though. There is a tangible improvement to the way the Rexton drives, but don’t expect cutting-edge dynamics.

With its ladder-frame chassis, which is better suited to off-roading than on-roading, it still fidgets a bit too much on UK roads, even on smaller wheels and a new range of tyres. It’s not especially uncomfortable, but it’ll jiggle you about and jolt over potholes. The steering is also overly assisted. Again, it’s ideal for off-roading, but its vagueness takes a bit of getting used to on tarmac.

Refinement impresses, though; there’s little road noise, while SsangYong’s own 179bhp 2.2-litre diesel engine is quiet on a cruise, if less so around town. At 420Nm, it’s got decent pulling power, too, which is why the Rexton is popular with those needing to tow (a hauling capacity of 3,500kg will appeal to many people), while it seemed to cope well over hills and muddy fields on our test.

You can pick from two-wheel or four-wheel drive with a low-ratio option for off road, plus electronic hill-descent control, too. If you plan to use the Rexton as an off-roader first and family car second, you can get lower (but still reasonably) specced models from £29,995.

At the top end, close to £40,000 is a steep price for a car at this end of the market, but it does get you an SUV with a level of space, kit and off-road ability you won’t get anywhere else for the money. You’d be very happy in a Skoda Kodiaq, until you needed to tow or go off-roading. Our car came with comfy heated and cooled leather seats, a 9.0-inch screen with Apple CarPlay and Android Auto, fancy interior LED lighting and a powered tailgate – among many other features that include a raft of advanced safety kit.

All that doesn’t make the interior feel any posher, though; the design and quality are probably akin to a Mercedes ML-Class of a couple of generations ago, although that’s not a bad place for the brand to be.

SsangYong has done its best to add soft-touch plastics and piano-black surfaces, but the plasticised chrome feels tacky. Yet build quality feels good, and we wouldn’t expect anything major to go wrong. You do get a decent amount of space in the front and the back, plus an enormous boot. Residual values aren’t great, but you can protect yourself on that front with a decent finance package. Running costs and a claimed 32.9mpg are par for the course. 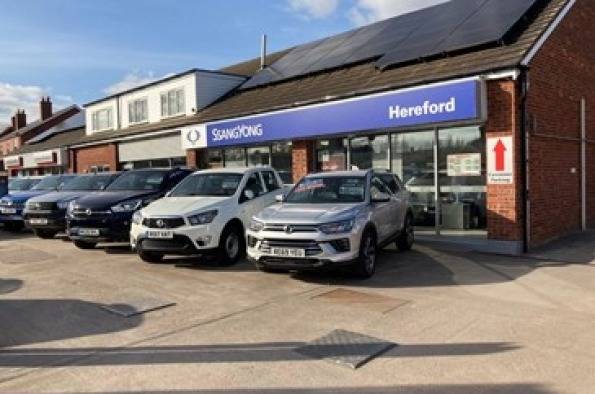 SsangYong Motors UK is delighted to announce the appointment of SsangYong Hereford, formerly known as Fownhope Mitsubishi. Hereford SsangYong, a family run business, boasts 30 years of experience in the automotive industry. Kevin Griffin, managing director at SsangYong Motors UK, said; “The SsangYong brand has undergone dramatic transformation over the past few years with the implementation…

SsangYong Motors UK is delighted to announce the appointment of SsangYong Hereford, formerly known as Fownhope… 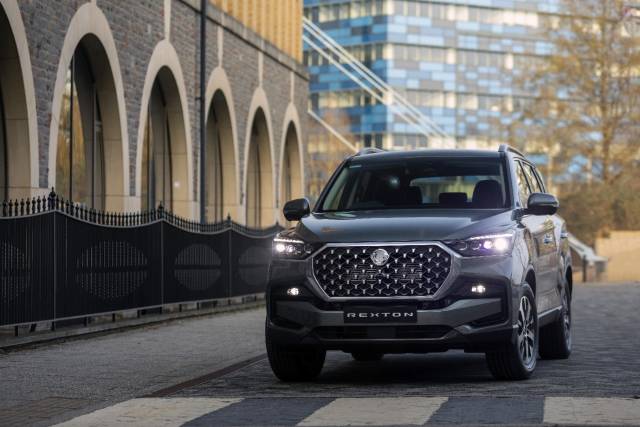