Now established for more than a quarter of a century, 4x4 magazine’s 4x4 of the Year awards have become recognised as the leading experts’ verdict on the best vehicles in the SUV, pick-up and off-road market.

They were established at a time when every 4x4 was an out-and-out off-road vehicle, and early editions concentrated solely on this element. Over time, however, they have evolved alongside the 4x4 market itself to reflect the growth of SUVs and crossovers, placing a heavy emphasis on practicality and everyday use in addition to a relevant level of off-roading.

The Rexton won the Off-Roaders class despite strong competition from the Jeep Wrangler JK, Mercedes-Benz G-Class, Mitsubishi Shogun, Suzuki Jimny and Toyota Land Cruiser. This doesn’t necessarily mean it was the best at off-roading (the Wrangler took that award), but that it was the best all-rounder out of the off-road class.

The Rexton also won the Best Value award and the overall title of 4x4 of the Year.

Feel free to dip in to the attached PDFs of the results spread and Off-Roaders section for quotes.

If you want to attribute something to me, make what you will of the following:

“We had high hopes for the Rexton when we first saw pictures of its interior. But even then, we were genuinely surprised at how good it is. The combination of kit, styling, practicality and build quality is nothing short of remarkable; it would be impressive at two, even three times the price.”

“The competition for the overall title this year was fiercer than ever. The Land Rover Discovery is outstanding, the Vauxhall Insignia Country Tourer romped away with the Crossovers class and the Skoda Kodiaq pushed the Rexton every inch of the way. The Kodiaq and Insignia both offer sensational value for money, too. All of which speaks volumes for how well the Rexton did to beat them.”

“SsangYong doesn’t just sell on price any more. There’s a confidence about its products which bodes well for the future. The Rexton is the most profound example of this we’re yet to see.”

“The breadth and depth of the 4x4 market is extraordinary. There are so many very good vehicles, to stand out in the crowd takes something really special. By combining a totally convincing premium cabin with a modern take on a traditional off-road design, packing it with good-quality equipment and pricing it very generously indeed, that’s exactly what SsangYong has created. The Rexton is something very special indeed.”

One thing we’ve learned in this game is that whatever wins the awards you dish out, someone will disagree with you. Just like they disagreed with us when we named the Skoda Yeti as 4x4 of 2011.

Just as the Yeti was then, the Ssangyong Rexton is not the most fashionable of choices. Unlike the Yeti, we’ve noticed that the mainstream motoring press are struggling to understand it. We suspect that might be because it’s a proper, traditional off-roader – which in our view just makes it all the more admirable.

The Rexton’s interior is nothing short of astonishing. Its design is elegant, its materials are largely premium in feel and its build quality shames some vehicles costing more than twice as much. It’s a winner for practicality, too, whether in five or seven-seat form, and all at prices ranging from just £27,500 to £37,500.

Don’t just see this as a cheap alternative, though. The qualities of the Rexton’s cabin are mirrored to a great extent in the way it drives, both on and off-road. The fact that it’s so cheap to buy means more people are likely to find that out for themselves.

In a year that has seen several top-quality newcomers join the market, the Rexton is a worthy winner. The Skoda Kodiaq pushed it all the way – but for delivering traditional off-road engineering in such a modern package, and at such a generous price, the Rexton is the 4x4 of the Year.

The competition for this award is extremely fierce. The Vauxhall Insignia Country Tourer has a huge shout, as does the Skoda Kodiaq – and even the Yeti, which continues to be outstanding value in its last few weeks on sale. Ultimately, however, the new Ssangyong Rexton gives you more for your money than anything else. The company once just sold on price, but this is an excellent all-rounder in its own right – for a
fraction of what it would cost with a different badge on its bonnet.

The Rexton embodies Ssangyong’s newfound confidence perfectly. It’s a very capable off-roader, but more than that it blends great practicality with a credibly premium level of luxury inside – while also being an excellent all-round drive at a sensational price.

The second-generation Rexton is one of the newest additions to the 4x4 market. It’s part of a new generation of vehicles from the Korean 4x4 specialist – and it aims to revolutionise what people think of the company. It might succeed, too. You may or may not like its looks from the outside, but its cabin is astonishing. Ssangyong has gone for a fully premium approach, and the equipment, styling, build and materials all ring rue to that.
In particular, the top model has a quilted leather treatment that would be completely at home in a vehicle costing three times as much. There’s the odd detail that smacks of cost saving, and one or two kindergarten quirks like a variety of ridiculous electro-pop noises that play every time you open the doors or switch the engine off. But mainly, it’s spot-on – the driving position is excellent, there’s loads of space in every
seat and the rears fold down to create a totally flat load bay. You can get the Rexton in five and seven-seat form, and even the third row provides better accommodation than most.
Whichever model you choose, you get a generous heap of equipment. Budget manufacturers have a habit of doing this as a smokescreen by using bargain-bucket suppliers, but there’s no sign of any second-rate kit in the Rexton. It’s well designed and thought out, and the whole thing has been carried off with real elegance.
On the road, the 2.2-litre diesel engine is beautifully smooth, strong and quiet. Ride quality doesn’t quite match it, with a trace of low-level fussing at the back and some side-to-side body movement on uneven roads, but it fairly glides on the motorway and there’s no roughness on poor surfaces, whether in town or at speed. It’s quiet and refined, too, and there’s enough about its handling to make it fun in fast corners, in a gung-ho kind of way.
We’re yet to drive a Rexton with the manual gearbox, but we’d expect it to be the most enjoyable of the lot. It’s also likely to be better off-road, as manual models come with a live rear axle. As it is, though, while articulation is limited in the all-independent model, the combination of low box and electronic traction aids keeps it plugging away over steep, slippery and uneven ground, even with road tyres fitted. We’d go straight for a live-axled manual model in the lowest possible spec level, as rim sizes start at 17” and climb to 20”, but every Rexton comes with real ability in the rough. Put this on top of everything else you get and we believe Ssangyong has hit the nail on the head with this vehicle. The Rexton is classy inside, good to drive, well equipped and, above all, an authentic off-road truck in the classic mould. We’d be nervous about depreciation, but an unlimited-miles five-year warranty is a very good start – and few vehicles of any kind can ever have offered you this much for your money. 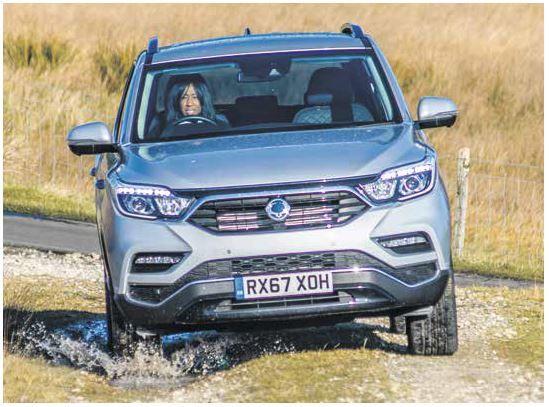 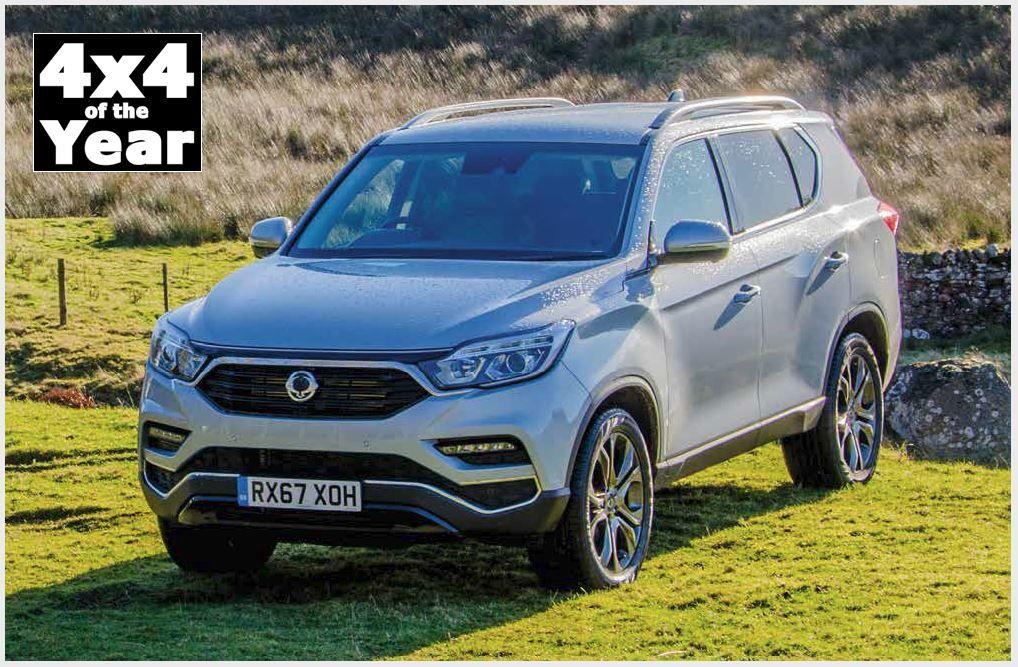