Olympian and Team GB Eventing member Pippa Funnell has been a SsangYong brand ambassador since 2017 and represents the brand at all major equestrian events she attends. She drives the flagship model, Rexton, which she puts to use around the yard for anything from carrying tack and her dogs to towing horseboxes and jumps thanks to the Rexton’s 3.5 tonne towing capacity.

“I am really excited about driving the new model year Rexton and delighted to be continuing my relationship with SsangYong. In the equestrian world it is essential to have a reliable 4-wheel drive vehicle that’s capable of towing a large horse or work trailer loaded with heavy jumps around the farm, and to get me to events often in wet, muddy conditions."

Former England Rugby prop and Celebrity Masterchef winner, Phil Vickery, joined SsangYong as a brand ambassador in 2020. The ‘Raging Bull’ was a member of the 2002 Rugby World Cup winning team and former Captain with 73 England Caps and 5 Lions Caps. Phil drives the Musso Rhino, a hard working pick up that can keep up with all his needs, from family transport to farm life making the most of the Musso’s award winning 3.5t towing and 1.14t payload capacity.

“I’m very proud to become an ambassador for SsangYong Motors UK and look forward to working with the team going forward. It’s a really exciting time for the brand, the product is very, very good but the marque is relatively unknown in the UK, so we have great plans to change that.” 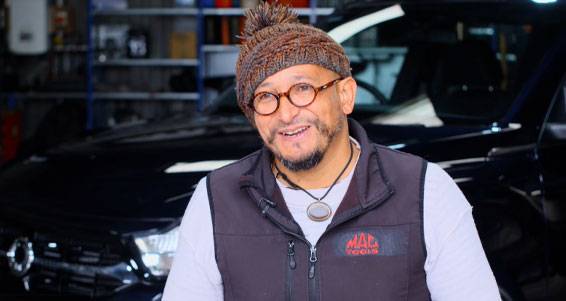 Car SOS presenter Fuzz Townshend came on board in 2018 bringing his technical and presenting skills to the team. With a decorated music career, the former drummer is a no stranger to cars and mechanics, which he puts to use when driving his Musso. The multi award-winning pick up is hard at work with Fuzz, towing anything from vehicles to restoration projects whilst carrying any and all equipment in the bed.

“I love the new Musso - it’s perfect for my lifestyle.  I drive a lot of miles and live deep into the countryside where a proper 4x4 pick-up is essential.  Always tough and well-engineered, SsangYong is a growing brand in the UK, and its products are very good now in terms of styling, comfort, and equipment.  This new vehicle is seriously impressive.”

International event rider and Team GB member, Alex Bragg, was welcomed to the SsangYong family in 2020. Starting his career as a farrier, Alex transitioned to three-day eventing and found success, competing internationally with the aim of representing Team GB at the Olympics. Alex is currently running a Musso, which is put to work around the paddocks and testing off-road conditions making the most of its 4WD capabilities and great towing stats.

“I am really excited to support the SsangYong brand as they enter the equine market in the UK. I’m proud to be an ambassador and showcase the off road and towing capabilities of the Rexton and the Musso pick-up, which I believe will be invaluable to me when moving horses and jumps and to get me to wet and muddy events in the winter!” 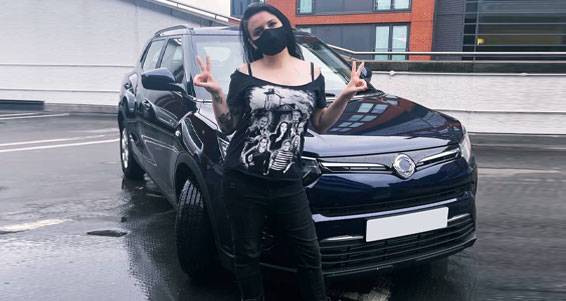 Since her debut EP release in 2013, it would be fair to say that Emma has made a name for herself as a force to be reckoned with in the music world. Having toured with pop-group Busted, Emma has released five EPs to date, including her debut album Villains - which charted at number 24 in the UK albums chart in 2018 - and now Emma is preparing to release her follow-up album, Girl In A Box, in August 2021. Emma is no stranger to genre experimentation and holds nothing back as she writes about some of her personal experiences. With an audience of 2.25M listeners on Spotify, 1.3M+ on YouTube, 650K+ followers on Twitter, and 300K+ on Instagram, Emma has made a career from sharing her life stories through her platforms and music side-by-side for almost a decade.

“I’m very proud to become an ambassador for SsangYong and look forward to working with the team going forward. It’s really exciting! With a new, bold Musso pick-up truck and Korando pure-EV launching over the next few months, there is a lot to shout about. I like that SsangYong is on a journey – the products are niche, the firms’ straight-talking approach is refreshing, and together they stand out from the crowd.”